I left the Army in December of 1980 after serving 8 years as a ground support equipment, missile, and computer repairman in Germany. I then served as an instructor at the Field Artillery School in Fort Sill, OK. Following my military career, I joined the Lawton Police Department which is where I learned that I have MS. I went on to serve another 3 years with the Lawton Police Department, completing a 27-year career. 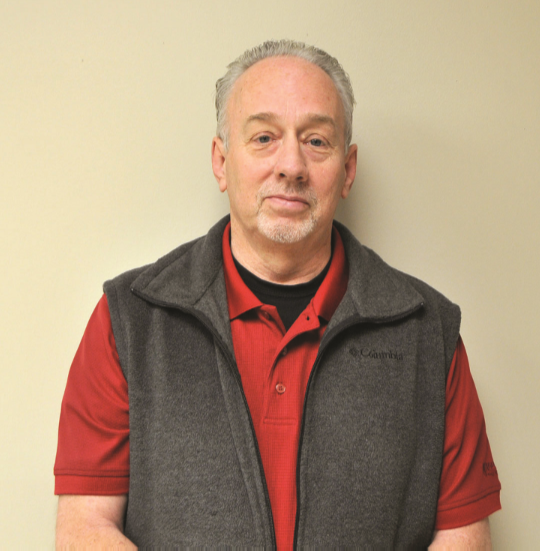 At the time of my diagnosis I was injured on duty as a police officer and after initial testing, I was told I had a brain tumor. The doctor scheduled me for surgery and after further testing I learned the tumor was really a demyelinating lesion. The doctor told me I had MS but I had never heard of it before and asked “Just what is MS?” He looked at me and said, “It is just a slow and painful death”. I was crushed. I called a close friend and told her what I had just learned. When I went to see a neurologist it was explained to me that I was going to be okay and I was not going to die from MS. He then clarified that the doctor who did the surgery had no specialty training in MS.

In November of 2007, I relocated to central Oklahoma and transferred my MS care to the VA Medical Center in Oklahoma City (OKC VAMC). I had a new career working for the state of Oklahoma, which prompted my move. I have been able to remain very active and stay working with my MS. I worked as a security officer at the state capitol, then as an instructor for the Oklahoma State Bureau of Investigations and the Law Enforcement Technology Development Department. I am also a Trustee on the Oklahoma Police Pension and Retirement Board, appointed by the Speaker of the House for the State of Oklahoma.

I am very thankful for the Spinal Cord Injury/MS Disease Team at the OKC VAMC and most of all Kimberly Kreymborg, PA-C, MSCS. Because of her help, I now understand the importance of being compliant with my recommended treatment plan and also how important it is to communicate any concerning symptoms that I have. I have learned that there is a difference in being treated by a provider who has specialty training in MS.

My life has been very positive because of the people in it caring enough to show me what a bright future I have. I realize how blessed I am to have my loving wife Jeanie and my best friend Butch who was there at my side as I was being diagnosed. I am also thankful for my dad who is there when I have any concerns.

Since I learned that I have MS, I have gone sky diving and my wife and I stay busy by traveling. We are also season ticket holders for the University of Oklahoma Sooners football team and tailgate with other fans before home games. I have also enjoyed being very active in helping other people with MS by encouraging them to stay on track with their MS medications.

I think it is important for Veterans to be aware of the many programs the VA has to offer them. The VA has helped me and my family. I am a second generation Veteran and I have not let MS control my life, instead I am in control of it!