My symptoms started out sneakily and I’m not sure I would have noticed anything was different if I hadn’t leaned over the cold bathroom sink after a shower and discovered that half my stomach felt the cold porcelain, and the other half felt warm porcelain. 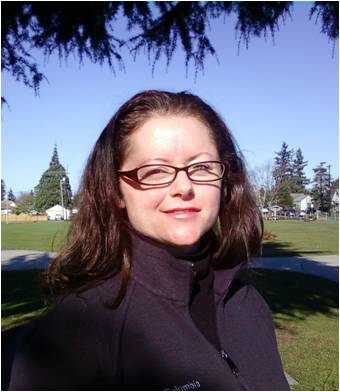 That’s odd, I thought… then realized there was no touch sensation either. It felt numb or like touching your skin through your clothing. Not only that, but it spread around my side to my back, and from there, I was able to ascertain the full spread was the left half of my torso.

My Family Doctor put in for an MRI of my brain, and it was then that the term Multiple Sclerosis started getting tossed around. That was August 2010, and it is just now, in January 2012 that the full implication of what that means is just now entering my consciousness. With two young kids to care for, my future is very important to me and to them.

I have made the decision to go on medication, in the hopes that the evidence that points to it slowing the progression holds true in my case. With my husband on active duty and currently deployed, looking at the potential side effects of each drug narrowed my choices down to one. I have my fingers crossed that it will work for me.

While I wait and see, I will follow some advice a friend gave me who also has MS. Her doctor told her, “Let me worry about the MS, you live your life.” So, between school programs and ice skating, trips to the park and picnic lunches, I’ll just breathe in my life and continue living it.

Shaking it Up a Little

If you allow something to stop you, it will. I remember a day in college, a few friends and I had decided to hike Long’s Peak in Colorado, one of the “Fourteeners” as they’re known. It’s a 16-mile round trip hike, and admittedly, the last 8 miles are by far the easiest. I remember being at the Notch, the last near-vertical ascent to the top, when I became aware of an older couple behind me. In hindsight, they were probably only in their mid 60’s, but to my young eyes, they appeared to be at least 80. There they were, laughing and joking together as they made their way past me. I think I made a comment like, “Wow, I want to be like you when I grow up!” She laughed and responded that they climb it once a year. He smiled fondly at her and said, “Why not twice this year? Shake things up a little.”

They became my inspiration. If you let something like retirement, old age, or a disease diagnosis like MS slow you down, it will. At this point in my life, I am a veteran of the US Navy, I am a mother of two young children ages 5 and 3, a wife of an active duty service member, and a young woman who recently got diagnosed with MS. What label do I want to be known by? It is my choice, and my actions will determine who I think I am, and ultimately who I become.

One choice I have made is to continue living my life. MS may slow me down sometime in the future, but I could never predict when that may be, and nor can my doctor. For now, I keep in mind the couple on the side of a mountain: a mountain that had brought a 21-year-old to her knees, and the older couple that were laughing about “shaking it up a little” and climbing it twice.