Keep going… that’s what I advise and what I practice to combat my MS. My wife, Michelle, and I bought a Roadtrek RV five years ago and well… we’ve put about 170,000 miles on it. Even while it was ordered we travelled to Canada to tour the factory. We have camped in our RV in 47 of the 50 states. (We somehow missed Michigan but are planning to take a fishing trip there in the spring.) Alaska will take a longer time so Michelle will need more time off from work. Now Hawaii… well you can see my difficulty driving there. 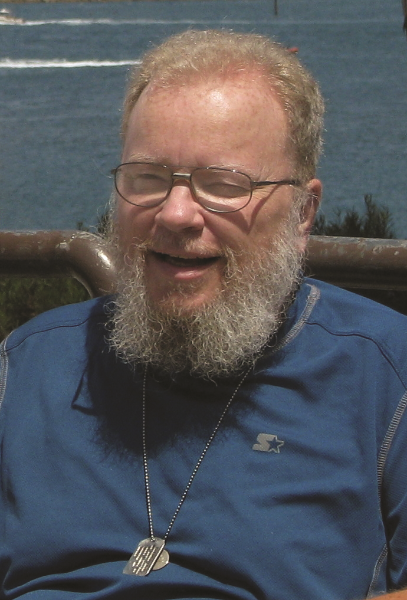 My favorite of our trips was when we drove to Washington state, spent several days driving and stopping along the coast of Oregon, camped among the redwoods of northern California, and I got the opportunity to cross the Golden Gate Bridge in San Francisco (well as far as they would let my wheelchair go). I would much rather still be in the Army I love. Unfortunately, shortly after I joined at the age of 18, I experienced some abnormal symptoms and had to leave. It was four years after I left the Army that I finally got a diagnosis for those symptoms… multiple sclerosis. I just wanted to shoot myself when I got my diagnosis, but Michelle (my fiancée at the time) and I decided to face it all together. And we have had many adventures since.

Over the years, different activities have been available to me and I have taken on the challenges. When our son, Michael Jr., joined the Cub Scouts, and then the Boy Scouts, I was enlisted to craft out many projects on my saws, help lead dens, and run the leadership training. I also headed the monthly leaders meeting to provide ideas and examples for Cub Scout dens. I hold an amateur radio license (KB3FQE) and deal with emergency communications. When a F4 tornado hit our county, nearly wiping La Plata, MD off the map, I worked with the communications section of the Red Cross. On 9-11, I headed to the emergency operations center. For Hurricane Isabel, I was stationed at the hospital.

In 2011, we saw air guns as a competition choice at the National Veterans Wheelchair Games. I signed right up. I got my butt handed to me at the competition (I shot 89 out of 300), but I did reach my goal not to be in last place. For the 2012 Games, I did better; I shot 278… but still did not even place. I tried javelin though I had never thrown one before and that was fun. In August this year, we drove across to San Diego, CA to attend the Cal-Diego PVA Air Rifle and Air Pistol Seminar on shooting, followed by a match. I took first place in air rifle (my category). I even beat some Marines… Go ARMY 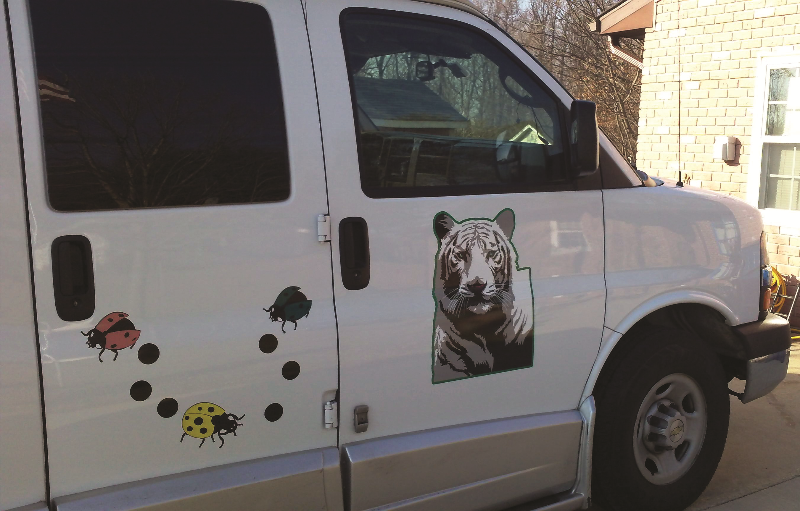 I know that all sports take practice. So, I keep practicing on the air rifle range I maintain in my yard. I go bowling at least weekly and I’m looking for a place to work on that javelin. I don’t spend all my spare time practicing. We fish when the weather is good and I grow vegetables in a garden. Now this all sounds like there is nothing to battling MS and it’s not nothing. I’ve missed out on doing things I wanted, spent holidays in hospitals, and missed important events. When my son did his Eagle Scout project, I was in the hospital and I hated missing it. However, I know this gave him the opportunity to shine on his own and he took a positive attitude about it.

We have visited hospitals on our trips. In fact, had it not been for my service dog, Gibson, I might not still be here. We were travelling to Texas for a baptism when I got a bowel obstruction. The vomiting dehydrated me and my other medications didn’t clear… effectively overdosing me. I guess Gibson sensed something or heard the change in my breathing while I slept and he woke Michelle up. She’s a nurse and she recognized I was breathing too slowly and took immediate action. I had to be hospitalized on another occasion, while visiting an uncle in Connecticut. Nevertheless, we try to put a positive spin on things and consider these unexpected emergencies a part of visiting the area.

The RV makes it easier to travel as it gives us needed room to store all the necessary medicines, medical supplies, wheelchairs, air guns, fishing supplies, bowling balls, souvenirs, and the dog. It allows us to stop frequently to combat the fatigue of MS… travelling for a few hours and resting for a few hours. I had a local company put ladybugs all over the RV (for my wife’s nickname doodlebug), a nativity (she collects them), a tiger (I love them), and the Army seal and US flag (to show our patriotism). The RV gets a lot of looks, smiles, and questions… but folks know who we are as we pass.

I hope that we’ll get to meet you at the next Games in Tampa, FL. In the meantime, if you see the doodlebugs in Alaska… Florida… Texas (to see our grand twins), or who knows where - just wave - it’s Michael Sack and I’m going to keep going!