“Sexual assault is at its core a devastating abuse of power,” VA Secretary Denis McDonough has said. “Little can destroy institutional trust faster and more painfully than sexual harassment or assault, and I won’t tolerate it.” 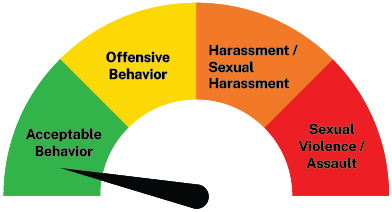 * The individual who has been assaulted or harassed is referred to as the “experiencer.”