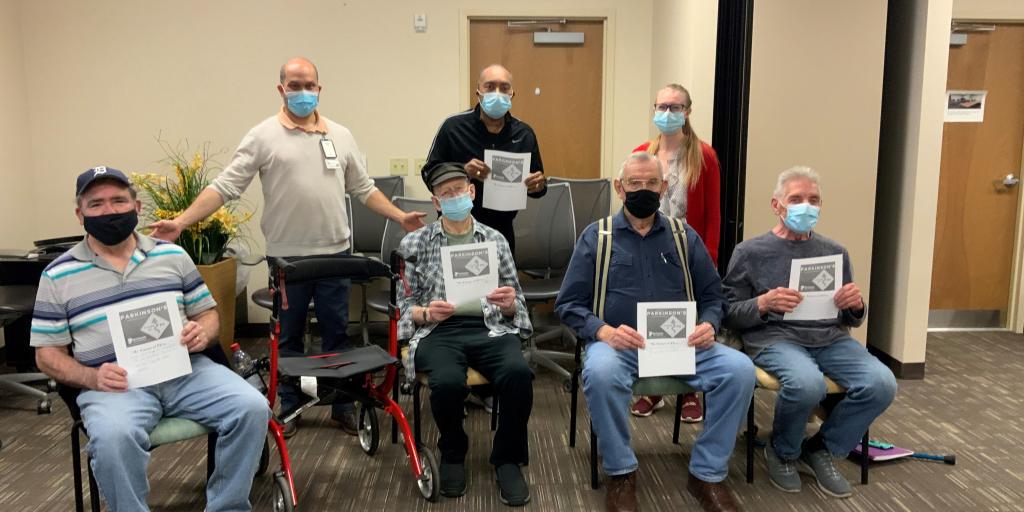 April is Parkinson’s Awareness month. This year’s theme is “Future of PD”.

This past week, the Graduate Parkinson’s Disease Exercise group in Wyoming CBOC participated in activities lead by Reynaldo Soto, physical therapist assistant. Veterans wrote down their individual interpretation of “My Future of PD is…”, identifying themes such as exercising and taking medications will help them function and spend quality time with their families, as well as recognizing that, as one Veteran wrote, Parkinson’s is an “uphill battle, but can be won- you can’t defeat it, but you can slow it down”. The group discussed other ways to impact the future of Parkinson’s Disease including participating in and donating to research, identifying a Parkinson’s care team, and utilizing resources through the VA and it’s partnerships with organizations like the Parkinson’s Foundation.