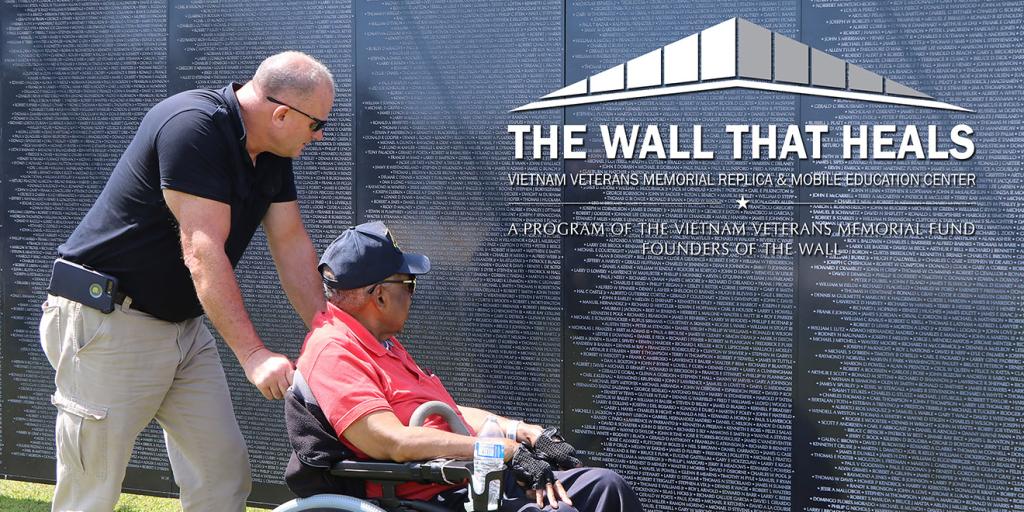 The Wall That Heals, a three-quarter scale replica of the Vietnam Veterans Memorial, along with a mobile Education Center, is coming to Edith Nourse Rogers Memorial Veterans Hospital, part of VA Bedford Healthcare System here, Sept. 22-25, and will be open 24 hours a day and free to the public.

The Wall That Heals honors the more than three million Americans who served in the U.S. Armed forces in the Vietnam War and bears the names of the 58,281 men and women who made the ultimate sacrifice in Vietnam.

“We are pleased to host The Wall That Heals mobile exhibit at VA Bedford HCS, and by extension, the Town of Bedford, to allow local Veterans and their family members a chance to experience The Wall,” VA Bedford HCS director Joan Clifford said. “Hosting The Wall That Heals provides an opportunity to honor and remember all those who served and sacrificed in the Vietnam War and educate visitors on the continuing impact of the Vietnam War on America.”

The Wall That Heals is transported from community to community in a 53-foot trailer. When parked, the trailer opens with exhibits built into its sides, allowing it to serve as a mobile Education Center telling the story of the Vietnam War, The Wall, and the divisive era in American history.

“Hosting The Wall That Heals is an opportunity that can transform a community,” Clifford said. “From Tuesday until Sunday, we can expect hundreds of volunteers and thousands of visitors for 24-hours each day no matter the weather, crowds, or other needs. It will truly take a village.”

Organizations or individuals desiring to volunteer during or sponsor the visit may contact VA Bedford via email at vhabedTheWallThatHeals@va.gov to express their interest.

The three-quarter scale Wall replica is 375 feet in length and stands 7.5 feet high at its tallest point. Visitors will experience The Wall rising above them as they walk towards the apex, a key feature of the design of The Wall in Washington, D.C. Visitors are able to do name rubbings of individual service members’ names on The Wall.

The mobile Education Center exhibit includes: digital photo displays of “Hometown Heroes”--service members whose names are on The Wall that list their home of record within the area of a visit; digital photo displays of Vietnam Veterans from the local area honored through Vietnam Veterans Memorial Fund’s In Memory program which honors Veterans who returned home from Vietnam and later died as a result of their service; video displays that teach about the history and impact of The Wall; educational exhibits told through items representative of those left at The Wall in Washington, D.C.; a replica of the In Memory plaque; a map of Vietnam, and a chronological overview of the Vietnam War. The exhibits tell the story of the Vietnam War, The Wall, and the era surrounding the conflict, and are designed to put American experiences in Vietnam in a historical and cultural context. Bus tours and school field trips are welcome.

The 2022 national The Wall That Heals tour is generously sponsored by USAA. Through a partnership with the Truckload Carriers Association (TCA), the trucking industry, and Blue Beacon, the exhibit is able to travel across the country.

Since its debut in 1996, the exhibit has been on display in nearly 700 U.S. communities in addition to an April 1999 tour of the Four Provinces of Ireland and a visit to Canada in 2005. The Wall That Heals is a program of VVMF, the nonprofit organization that built the Vietnam Veterans Memorial in Washington, D.C. in 1982. The Wall That Heals is the only traveling exhibit affiliated with The Wall in Washington, D.C., and includes the largest Wall replica that travels the country. Two VVMF staff members lead volunteers on site, educate visitors and students, and ensure the reflective atmosphere of The Wall. More information can be found at www.thewallthatheals.org.