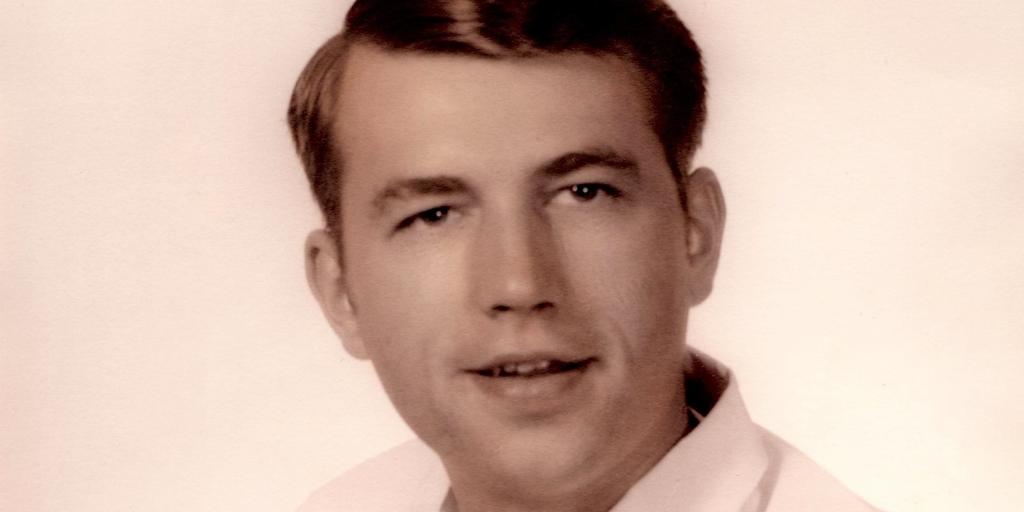 “My dad, uncle, brothers, and friends are Veterans. This is my way to honor them and give back to all Veterans.” - Norm Carpenter, U.S. Navy and Vietnam Veteran, Butler VA Volunteer
July 28, 2021

Norm Carpenter was 18 years old when he enlisted in the United States Navy. This month Norm turns 75! Happy 75th Birthday Norm and thank you for your service.

Norm Carpenter was 18 years old when he enlisted in the United States Navy. His duty assignment was Aviation Fire Control Technician, performing maintenance on radar for bombing and missile systems.

After basic training, Norm was stationed at the Naval Air Station (NAS) Oceana, Virginia Beach, Virginia. While there, he was assigned to train with the Attack Squadron VA-65, The World-Famous Fighting Tigers. VA-65 was one of the last medium attack squadrons to fly the A-6 intruder and the A-1 Skyraider.

Norm was then sent on a WestPac deployment on the Kitty Hawk. The Kitty Hawk was one of several carriers who were rotating in and out of the Gulf of Tonkin. “We arrived in the gulf in January 1969. I was the Intermediate Maintenance Department Supervisor for the radar systems on the A6A Intruder and E2A Hawkeye. We were on a bombing mission to support our ground troops. This lasted for about 8 months,” said Norm. He would eventually go on to complete two Mediterranean cruises on the Independence.

Norm was later transferred to the Naval Missile Test Center, part of the Pacific Missile Range, for flight tests and acceptance for the F-14 (Tomcat Fighter) at NAS Point Mugu in California. He remained there until he was discharged after serving 10 years, 2 months and 11 days. “I wasn’t really counting down to my discharge,” noted Norm jokingly. “My military experience wasn’t as bad as others. Worst thing for me, overall, was the long hours and days of work, especially on a ship for months on end.”

From the West Coast to the East Coast, Norm settled in Eastern Long Island, New York, and was employed by Hughes Aircraft where he helped build 400 plus F-14’s for the Navy. Norm worked nightshift so he could attend school during the day. “I trained in the military to work on Hughes aircraft, so it made sense to work with them when I got out” stated Norm. After 7 ½ years with the company, a family emergency had him packing up his family and moving to Pennsylvania.

Norm spent the next 24 years working for the North Pittsburgh Telephone Company in Gibsonia, Pennsylvania. He attended Slippery Rock University receiving his bachelor’s degree in Business Administration. When the company was sold in 2007, Norm decided it was the right time to retire.

Around 2008, Norm signed up to be a volunteer for Butler VA Health Care System. “My dad, uncle, brothers, and friends are Veterans. This is my way to honor them and give back to all Veterans.” Norm is a Volunteer Ambassador at the Abie Abraham Health Care Center and COVID-19 Vaccination Clinic where he greets, assists, and helps screen Veterans coming into the facility. During his 13 years as a Butler VA volunteer, Norm has accrued 3,985 hours of service!

Norm continues to be active and enjoys playing golf. Norm resides in Butler with his lovely wife Joanne. He and his wife have 2 children and 5 grandchildren. AND, this month Norm turns 75! Happy 75th Birthday Norm and thank you for your service.