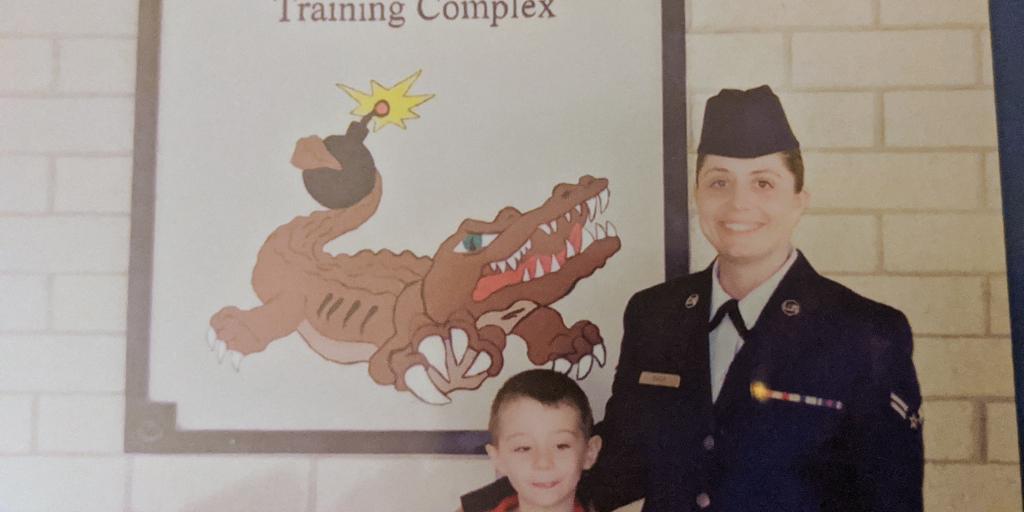 Today, Heather Shimko works in the Butler VA’s Connected Care Department serving Veterans and their Families. But, 20 years ago she chose to enlist in the U.S. Air Force Reserves after the tragic events that unfolded on September 11, 2001.

Today, Heather Shimko works in the Butler VA’s Connected Care Department serving Veterans and their Families. But, 20 years ago she chose to enlist in the U.S. Air Force Reserves after the tragic events that unfolded on September 11, 2001.

On September 11, 2001, I was working as a civilian, helping to manage a large highway construction project in Ohio. I had a five-month-old son, Mason, at home.  I remember pulling onto the vast construction site and wondering what had happened as there was no activity. There was zero work going on even though it was a beautiful and sunny day. Everyone on the job site was huddled in small groups around all of the vehicles. We had not been listening to the radio and had no idea the events that were about to unfold. I remember the eerie skies that followed in the days after as there were zero aircraft to be seen. It was as if the world had stopped.

It was the events of this day, that made me want to answer our Nation’s call and serve our country. As a single mom, the U.S. Air Force Reserve was my best option. I waited a few years until my son could understand why and where I was going before enlisting. As a single 32-year-old mom, I left my sweet boy with my parents and headed for basic training with the United States Air Force. It was my hope that my small sacrifice could somehow create a better world for our children. This “old lady” was an honor graduate. My parents flew out with my son to watch my graduation. He was the one that tapped me out of formation and there wasn’t a dry eye in my Flight. It was also my Dad’s birthday. He said my graduation would be the best birthday gift, but upon finding out I was an honor graduate, he added that nothing would ever top that.

Now my same shy little Mason that understood why I left him for those 6 short but long months has answered the same call. He is serving as an active duty member of the United States Navy and will graduate Submariner school this September. How fitting that his graduation will be one week after the 20-year anniversary of why I joined. The loss and devastation from that day are still hard to grasp but it is my hope that the memory of this will keep people rallying for our country and our troops for generations to come. I have another son now too who is eight, Preston. We have taught him what happened on this day and the huge meaning it has. We need to ensure we continue teaching our children that were not yet here about this day so that the memory is not forgotten.