Celebrating 25 Years - Center for Minority Veterans (CMV)
skip to page content
Attention A T users. To access the combo box on this page please perform the following steps. 1. Press the alt key and then the down arrow. 2. Use the up and down arrows to navigate this combo box. 3. Press enter on the item you wish to view. This will take you to the page listed.
Menu
Menu 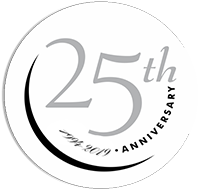 The ceremony started with an invocation from Chaplain Marvin L. Mills, and included introductory remarks from Stephen B. Dillard, CMV Executive Director, and special guest VA Secretary Robert Wilkie who gave keynote remarks and presented the Presidential Message. The ceremony was attended by former CMV Directors Lucretia McClenney (2005) and Barbara Ward (2012) along with previous Deputy/Associate Directors: Anthony “Tony” Hawkins (1994) and Ruby L. Miller (2002). Current and former CMV and ACMV members also attended. The Secretary, along with all CMV and ACMV (past and present) in attendance were awarded with the inaugural CMV 25th Anniversary Commemoration poker chip.

Over the past 25 years, CMV has been instrumental in ensuring minority Veterans are knowledgeable of VA benefits and services and understand how to take advantage of those services. In addition to celebrating its 25th anniversary, 2019 was a banner year for the Center as they reached a record number of Veterans through their outreach efforts and hosted the first-ever National Minority Veterans Summit in Dallas, TX.