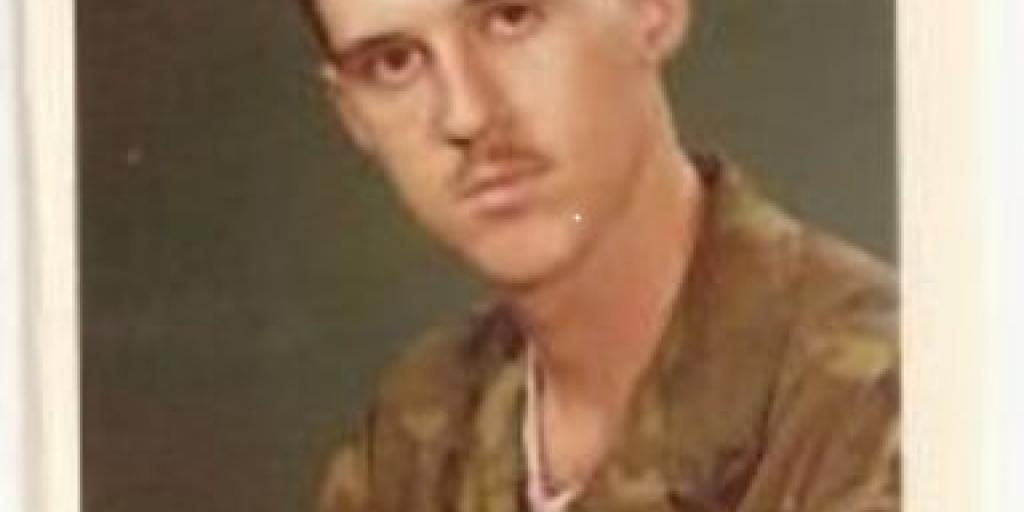 Lance Cpl. Hank Wangle in 1979. He was a Marine Corps sniper at the time, then transitioned to helicopter crew before retiring in 1997.
May 5, 2021

Sometimes PTSD can affect even the toughest of Veterans. But Marine Corps Veteran Hank Wangle has found way through whole health to find calm in the storm.

Hank Wangle was a Lance Cpl., and sniper in 1979, and later transitioned to aerial gunner on Marine Corps helicopters.  At 61 he still lives with PTSD today.

"I recently had a doctors appointment with my [primary care] doctor," said Mr. Wangle.  Usually, the drive there stresses me out pretty bad, enough that my blood pressure reads pretty high and it usually doesn't return to normal until several hours after I return home from the appointment."

But recently Hank found out about and joined our whole health tai chi program and is seeing, and feeling, a change.

"Tai chi has helped me with my PTSD which I have been battling with for over 20 years.  I started doing the guided classes at the VA via teleconference with the VA's Cynthia Frusha," he said.  "It  seems to have calmed me down, especially while performing it because of having to concentrate on the movements and the speed at which they are performed.  It occupies my mind and the bad things seem to fall away for awhile."

"At my latest appointment, 15 minutes after arriving, my blood pressure was 120 over 80 when the nurse did my vitals check," he said.  "And 15 minutes later my doctor checked it again and it was down to 120 over 60, which is my normal resting pressure.  That's the first time that has happened.

"When the doctor asked me what had changed I told her the only thing was me practicing tai chi.  She said that was not the first time she had seen that kind of result."

With a whole health approach and tai chi, Mr. Wangle's future is brightening.

"I still have times when the PTSD flares up but it doesn't seem as intense.  I have discovered that if I start thinking about the movements it's not as severe and the episode doesn't last as long.

"Is it a cure for PTSD?  I don't know but I do know it is a big improvement for me and it appeals to my warrior ethos.  Plus, at my age it is simple and relaxing for me to practice without strain or injury."