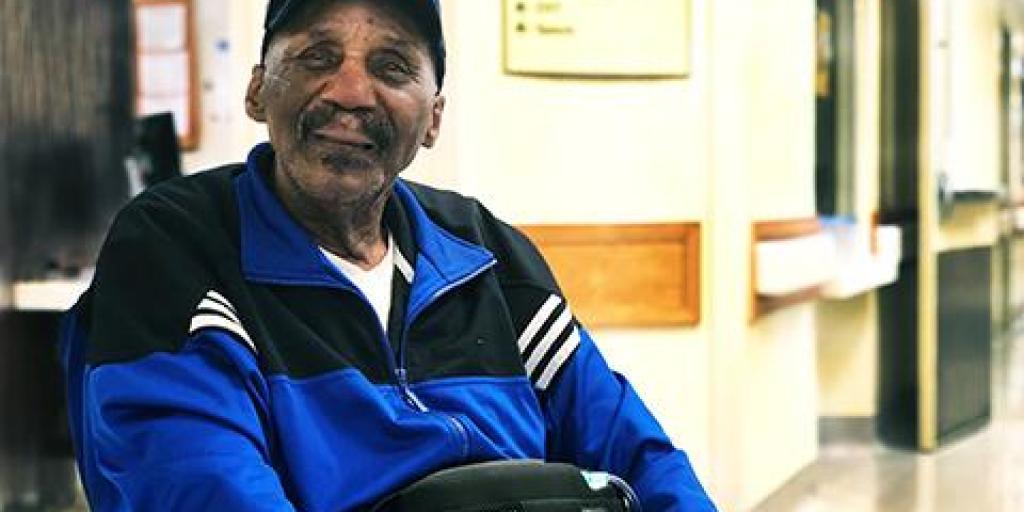 Al "Hollywood" Meggett, poses in the Ralph H. Johnson VA Medical Center. Meggett, a U.S. Navy Veteran who was stationed in Charleston in the 1950s, was recently chosen as the Grand Marshal for the 2018 Charleston Veterans Day Parade.
By Scott Pauley
October 30, 2018

There are many Veterans with a unique and colorful story that come through the Ralph H. Johnson VA Medical Center each day, but not many can top the effervescent charm of Al “Hollywood” Meggett, the Grand Marshal for the 2018 Charleston Veterans Day Parade.

After growing up at the epicenter of the Harlem Renaissance in New York City, Meggett served four years in the Navy, being shipped to still-segregated Charleston in the 1950s.

“When I came in I was 19 years old,” Meggett explained. “After we graduated, they sent me to Charleston. The first time we left base after a couple of weeks, we were going downtown and I couldn’t even ride in the same cab as my white shipmates because they were still segregated. They had to ride with me in a black cab, but it was alright.”

The reality of his circumstances was jarring, but still Meggett learned from his experiences in the Navy and applied them to his life when he got out. He was a boatswain’s mate on three different ships during his time in the Navy, working in a mine sweeping division based out of Charleston, and travelled the world during his service time.

“I did my four years, and then I got my discharge. I was able to apply myself to the job though,” he said. “I started working with kids in 1955 at the Kennedy Center in Harlem after I got out. That was the beginning of my story. That’s where it all began.”

His story went on to include a successful career training and managing fighters in New York and New Jersey, before inexplicably feeling pulled to return to Charleston in the late 1970s. Meggett battled for four years to get the funding to open his boxing gym, but that didn’t stop him from teaching the sport he loves to children in Charleston.

“I used to keep a heavy bag in the trunk,” he described. “I would pull up to the basketball court and throw the bag up there and hang it from the hoop. I would just show them kids a few things and how to punch. I was just trying to get them interested in boxing.”

After flashing his trademark determination and fighting spirit, Meggett opened the Charleston Boxing Club in 1983. Today, it is the longest running boxing club in Charleston, and it is the legacy that cements his place in the history of this town. Like everything else in his life, Meggett attacked this passion out of an innate feeling that drove him to victory.

“It wasn’t a want,” he explained. “There was a need for this program. I just said, we have to have this.”

Meggett will share more of his incredible story on Sunday, Nov. 4 at the Charleston Veterans Day Parade which will begin with his remarks at 1:50 p.m.