The primary goal of the VA COVID-19 vaccination effort is to protect those we serve from COVID-19, including Veterans, their spouses, caregivers, employees and federal partners.

If you are not enrolled for VA Health Care, you can apply online right now by visiting https://www.va.gov/health-care/apply/application/introduction. If you need assistance with completing an application for health care, you can call 1-877-222-8387 Monday - Friday, 7 a.m. to 7 p.m.

The 41st clinic, formerly located at 9322 East 41st Street, closed on August 6 and is no longer seeing patients. 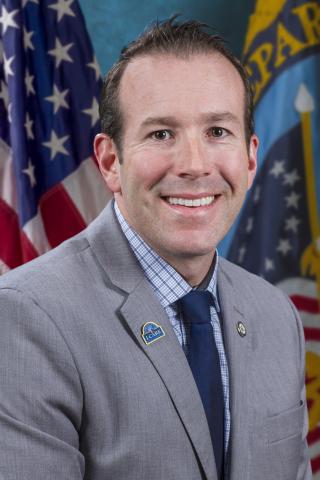 As one of the leading employers in the city of Muskogee, the hospital has an annual budget in excess of $380 million and employs over 1,480 people. The hospital supports the National Cemetery in Fort Gibson and the Vet Center in Tulsa.

Mr. Plasencia earned his bachelor’s degree in Political Science from the University of California at San Diego and a master’s degree in Business Administration from the University of California at Irvine’s Paul Merage School of Business. He is a graduate of the Health Care Leadership Development Program and a Fellow in the American College of Healthcare Executives. He is also a U.S. Navy Veteran and served during Operation Enduring Freedom.