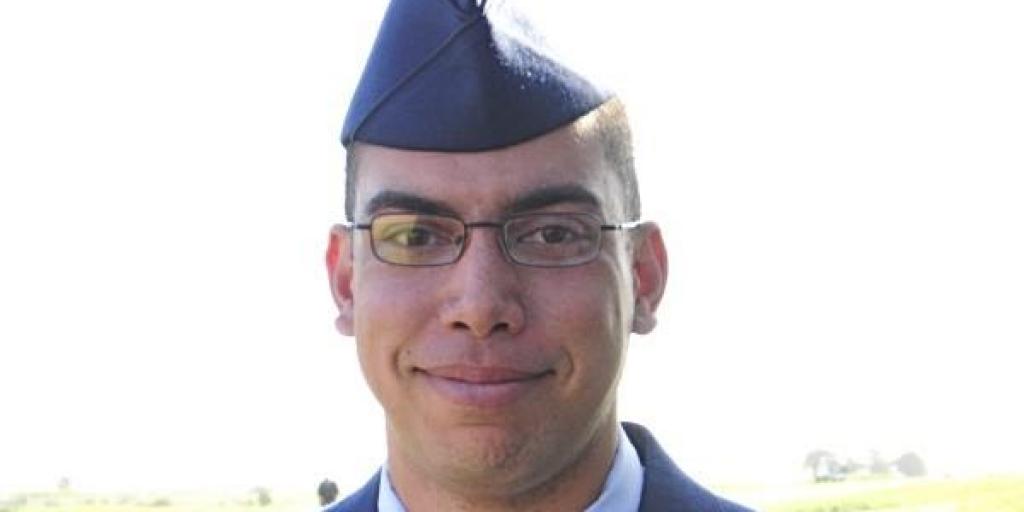 October is Whole Health Month Meet Reginald Orme. Read his story on how Whole Health impacted his well-being and life.

Reginald Orme, 36, from Rochester, NY is an OEF/OIF Veteran who served in the United States Air Force for six years.  He had been receiving VA care for posttraumatic stress disorder when he happened to take a yoga class at a local community gym and noticed the positive effect the class had on his behavior when he was stressed.   The guided meditation done through yoga was helping Reginald slow down, relax, and think about his response before reacting/over reacting  to a stressful situation.  He was learning to put his own ego aside and to look compassionately at the person and situation objectively before reacting.  The guided meditation helped him put a value on things and to put his energy into things that gave him joy.  It helped him connect to his past self and hone in on what gave him joy which were his creative talents -he had played music and expressed himself through art throughout his school years.

The yoga teacher also happened to be the yoga instructor for VA’s Whole Health Program and suggested he continue to take yoga instruction there.  At the same time Reginald was beginning to discuss with his VA counselor his doubts about the medication he was taking for PTSD and explaining to her the effect yoga was having on his behavior and future outlook.  The councilor then suggested he look into the other Whole Health classes VA was offering to Veterans. So he did.  Reginald participated in music therapy and art therapy both of which have already reaped personal gratification and rewards.  He plays the drums in a band with  5 other Veterans and this year he won First Place for Pyrography (woodburning) and Second Place for oil painting in VA’s Veterans Creative Arts competition.

Whole Health programs gave Reginald the tools to improve himself first in order to become a better person.  He is now attending Monroe Community College for Graphic Art.  He already holds a degree in culinary cooking degree from the Culinary Institute in Niagara Falls, NY.

“Reginald’s story illustrates exactly what Whole Health is all about;  Finding or reconnecting with what matters most to you and creating your M.A.P (Mission, Aspiration, and Purpose).  This empowers you and equips you to take the lead in your health and well-being.  Stories like these, are inspiring and show the passion Whole Health brings to a person’s life.” Dr. Danielle W. Lutz PT, CMTC, CYT-200, RMT and National Whole Health Pathway and Mentor Champion.

Veterans interested in learning more about Whole Health can call 585-393-8583 or talk with a VA provider.