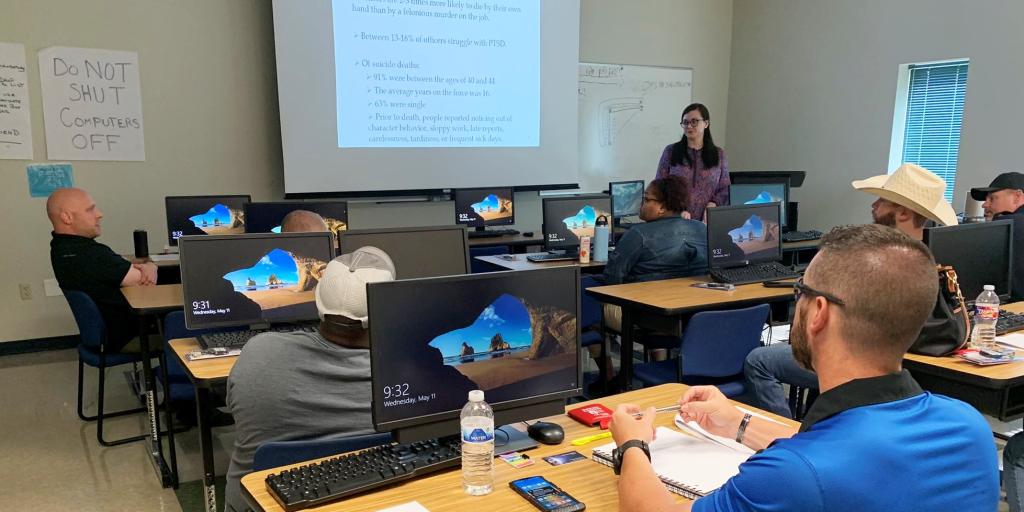 In 2018, VA released a 10-year National Strategy for Preventing Veteran Suicide outlining a comprehensive public health approach to end suicide. In an effort to partner federal and community resources, VA and Department of Health and Human Services’ Substance Abuse and Mental Health Services Administration (SAMHSA) launched the Mayor’s Challenge to Prevent Suicide Among Service Members, Veterans, and Their Families.

The city of Houston was one of seven cities in 2018 to initially accept the challenge which aims to coordinate care and resources.

“The reason the Mayor’s Challenge was started is because two-thirds of Veterans who die by suicide don’t come to the VA,” said Brent Arnspiger, Houston VA Suicide Prevention Coordinator. “So the VA knew if they were going to have an impact with suicide prevention, it had to get out into the community where most Veterans are.”

VA initially worked with The Harris Center for Mental Health and IDD, the largest mental health provider in Harris County, to create a Memorandum of Understanding (MOU) and coordinate Veteran care. This relationship was so beneficial, additional MOUs were completed to cover 14 additional counties served by the Houston VA with the goal expanding to the final 13 counties.

When a Veteran contacts the Veterans Crisis Line and they are not eligible for VA care, Houston VA works with the local mental health authority to ensure the Veterans gets the critical services.

“We call the mental health authority crisis line and do a warm handoff,” said Arnspiger. “There’s a concept with suicide prevention called no wrong door. This is a way to ensure that when people ask for help, they are not sent away and have to look for someone else for help.”

When local agencies or hospitals provide treatment to a Veteran in crisis, they notify the Houston VA.

“Immediately after an emergency room visit is a very high-risk period for suicide,” said Arnspiger. “We ensure that people who are in a high-risk period are connected with services quickly.”

If the Veteran is eligible for VA care, suicide prevention also assists the Veteran to get them registered and coordinates VA follow-up appointments following the crisis.

The Mayor’s Challenge doesn’t exclusively consist of a community-VA partnership.

“Organizations have actually arranged care coordination between themselves,” said Arnspiger. “It’s an inter-connected network to ensure that people are getting the services they need as quickly as they can.”

In addition to coordination, VA partners with mental health authorities to provide suicide prevention training to first responders, primarily the Harris County Sheriff’s Office. The training helps first responders identify the signs of suicide and provides them with important points of contact VA and community agencies.

“We know, especially with younger Veterans who are relocating to the area, VA probably won’t be their first stop,” said Elizabeth Kleeman, Houston VA Suicide Prevention Program Coordinator. “They may actually come into contact first with law enforcement.”

“With the Mayor’s Challenge, VA became part of the conversation with community care instead of seeing ourselves as exclusive to taking care of Veterans,” said Kleeman. “As a by-product of that, we became more familiar with different agencies in the community.”

On July 26, Houston VA suicide prevention will participate in a White House Interagency Task Force on Military and Veterans Mental Health to discuss VA’s involvement with the local community.

“Preventing veteran suicide is the highest clinical priority at the VA and we are committed to bringing as many resources as possible to bear to solve this issue here in Houston,” said Frank Vazquez, Houston VA Medical Center Director.  “There really is no single cause of suicide and we know that no single organization can end Veteran suicide alone. Houston VA is proud of our work with our community partners to put an end to Veteran suicide.”