Help Limit the Spread of COVID-19 and other Illnesses

For VA-specific information: Read our coronavirus FAQs and public health response, or www.va.gov/coronavirus-veteran-frequently-asked-questions.

Prepare for a visit: Everyone entering our facilities is screened, and visitors are limited. Face coverings are mandatory. Please contact us first before going to any of our locations. For some needs, you may be able to get care at home by phone or video.

For the latest coronavirus information: Visit the CDC website. 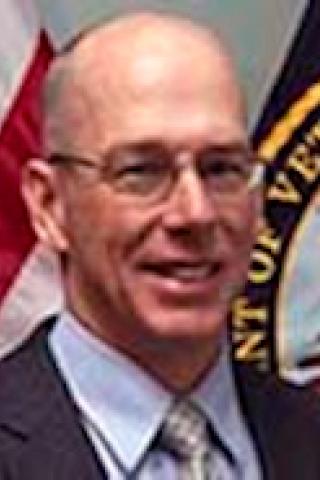 Stuart A. Roop, MD, FCCP, was appointed the Chief of Staff on April 29, 2018 after completing 30 years of distinguished service in the United States Army.

Before joining the Lebanon VA Medical Center, Dr. Roop served as Interim Chief of Staff and Deputy Director, National Capital Region Medical Directorate from 2016-2017. He also served as the Director for Medical Services at Walter Reed National Military Medical Center from 2013 to 2016. He completed two combat tours of duty in Iraq with the 31st Combat Support Hospital (2004) and the 86th Combat Support Hospital (2010).

Dr. Roop is an Associate Professor, Department of Medicine at the Uniformed Services University (USU), where he previously served as Associate Chair, Department of Medicine from 2012-2016. He is a Fellow of both the American College of Physicians and the American College of Chest Physicians. Additionally, he is board certified in Internal Medicine, Pulmonary Medicine and Critical Care Medicine.

Dr. Roop completed his Internal Medicine residency and Pulmonary Critical Care Medicine fellowship in the National Capital Consortium at Walter Reed Army Medical Center. He received his Doctorate of Medicine degree from the USU in 1996. He was also a distinguished graduate of the United States Military Academy at West Point (Class of ’88) with a degree in Aerospace Engineering. Before his branch transfer to the Medical Corps, Roop was a Field Artillery Officer.

Dr. Roop is a member of the Phi Kappa Phi Honor Society, Alpha Omega Alpha Honor Medical Society, and Order of Military Medical Merit. Along with numerous awards for teaching and mentorship, he received the John F. Mayer Award for Excellence from the Department of Medicine at USU, and the Army Medical Department “A” Proficiency Designator in Pulmonary Medicine. In 2015 he was recognized with the Distinguished Alumni Award for Outstanding Service to Mankind by the Lampeter-Strasburg School District in Lancaster, Pennsylvania.