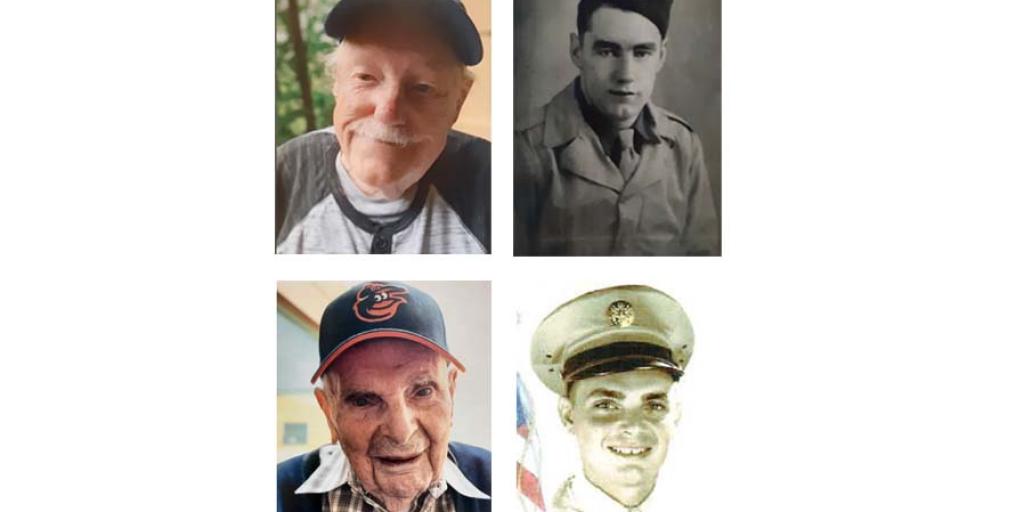 Pictures of Mr. Hirst and Mr. Dorsey from WWII to the present.
By Chiray Weatherholtz, Public Affairs Specialist
January 7, 2022

With each passing day, the U.S. inevitably says goodbye to more and more of its World War II Veterans.

During the conflict, 16 million Americans answered the call to serve, but now only approximately 240,000 remain. The Martinsburg VA Medical Center (VAMC), with over 37,000 Veterans enrolled, cites present enrollment for WWII Veterans at a little over 1,000.

While caring for the health of our Nation’s Veterans is always at the forefront of what VA does, it is also just as important to learn about them: who they are, where they came from, and how they made it through.

Their story – the sights and sounds of the second World War, with its struggles, losses, and victories – will fade to memories. The least we can do is carry on those stories.

The WWII Veterans currently living at the Martinsburg VAMC community living center are aged between 99 and 100 years old and each have a unique story. Two of them are Mr. Hirst and Mr. Dorsey.

Kenneth Hirst is one of seven children and was among two of his brothers to serve in WWII. He was 21 years old working with the Civilian Conservation Corps in Illinois when drafted into the U.S. Army, where he was sent overseas only a few months after Basic Training.

Hirst, a Purple Heart recipient, was on a march to Rome when he was injured by sniper fire in Anzio. While receiving care for his injuries, he learned that his entire unit was lost. Mr. Hirst was stationed in Maryland upon his return stateside where he met his wife of 52 years, Marjorie.

Born and raised in Maryland, Sergeant Raymond Dorsey was just 16 years old when he received his draft notice. He was a rifleman in the infantry and was frequently on the front lines. Dorsey engaged in many conflicts, notably at the Battle of the Bulge, but most vividly remembers the instance in which the wallet given to him by his mother deflected a bullet and saved his life. He would later be awarded a Purple Heart for severe injuries that nearly cost him both legs.

Dorsey returned from the battlefield to eventually work on his family’s farm, marrying his wife Grace at the age of 18. Although he is a hero, he wishes to be remembered as a family man; in fact, the farm is now home to his granddaughter and her family.

Nearly a century later, it’s hard to comprehend the world as it was then. The Greatest Generation answered our Nation’s call like no other and not only set a high standard for future Service members, but forever solidified how the world would view the United States and its military might. The Martinsburg VAMC strives to honor the legacy of its WWII Veterans today and every day.