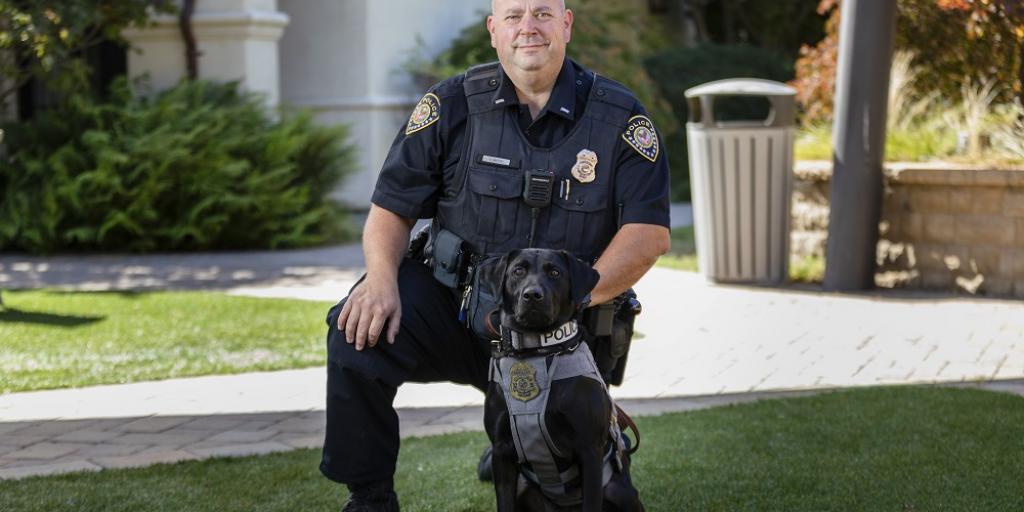 VA Palo Alto looks for unique talent when it comes to its Police Service. The range of talents within the team may rival the best police departments in the country, but their newest recruit, Atlas, brings a whole new level of skill.

Not only is he fully trained to track down lost patients and help with any drug-related cases, but he can do it all with his nose. That is because Atlas is a European Labrador Retriever that was recently acquired to join VA Palo Alto Police Service.

“The addition of our VA Police K9 team and the unique skills they offer further exemplifies our unwavering commitment to provide the safest and most secure environment for our Veterans, visitors, and fellow employees,” said VA Palo Alto Police Chief and U.S. Marine Corps Veteran Martin Sizemore.

When Sizemore joined VA Palo Alto, one of his first initiatives was to implement a K9 program. With the support of executive leadership, Chief Sizemore’s team was able to establish a contract with a kennel in western Pennsylvania that sought out the perfect dog.

The kennel sources all their dogs from Europe, so as soon as the contract was set up, the kennel owner flew over to Holland to find a sporting breed that matched the VA’s criteria for police dogs.

Christian Mattei, a Lieutenant Detective and Air Force Veteran, is the K9 handler for Atlas. He has more than 11 years of service with VA Palo Alto Police, and after making his way to lieutenant with a solid track record, he was the obvious choice to become the first K9 handler in the health care system. He also grew up training hunting dogs but admitted there is a big difference with police dogs.

“He's a working dog, so I have a responsibility to make sure that he's trained, well fed, and he can work when the time comes. It's so much different than just having a pet or a service dog,” said Mattei, who also houses Atlas in his home during off duty hours.

Atlas’ main purpose for his unit is to serve as a tracker. He can sniff out drugs on top of being able to track humans when necessary. While drugs aren’t a frequent issue, he is based at the VA Menlo Park campus. The campus is home to several nursing facilities dedicated to elderly patients, some suffering from dementia or Alzheimer’s Disease. The value of having an officer like Atlas is high when it comes to these populations.

Atlas even adds value to VA Palo Alto’s strong relationships with community law enforcement and can be an asset for cases like missing people. However, aside from tracking skills, certain dogs can make police officers more approachable. When looking at Atlas’ puppy face, that statement is undeniable!