Vietnam Veteran Has Experienced VA’s Progress Over the Years 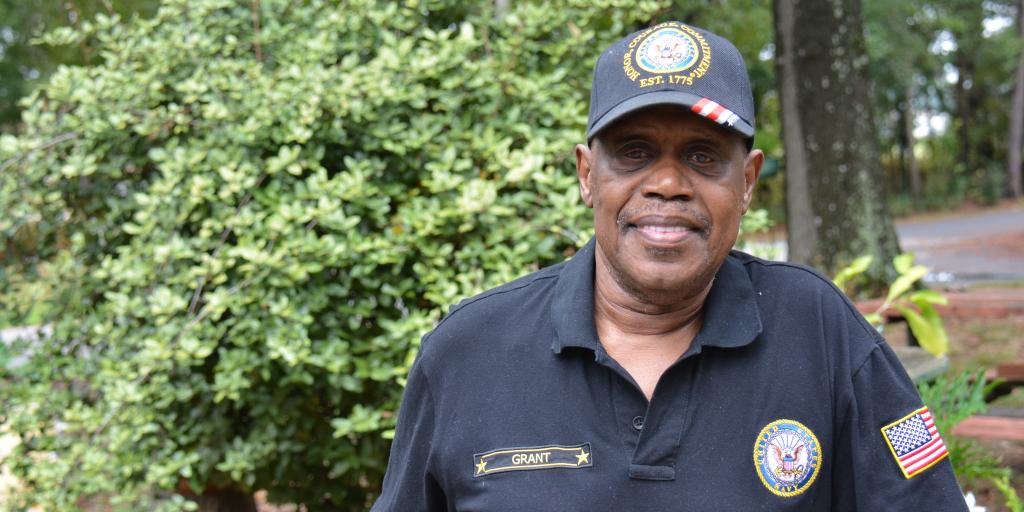 “I came into the VA system years ago and I’ve seen the growth,” said Grant. “Anything I can do to bring more Vets into the hospital is what I’ll do. I’ll travel and talk to any group. I don’t have much else to do, you know?”

South Carolina native David Grant didn’t like the job prospects in the Charleston area back in the 1960s. Working the farm wasn’t for him. He wanted something different. He wanted to travel. So, he joined the Navy in 1963 and within eight months he travelled all the way to Vietnam.

He served as a radar operator on a guided missile cruiser off the Vietnam coast.

“We ran officers back and forth to shore to meet with south Vietnamese officials,” said Grant. “That was the scary part … dropping officers off at the dock.”

At night, he’d sometimes listen to a Vietnamese radio broadcast where a woman would ask American servicemembers why they were fighting in the first place.

“She would address black soldiers by saying, ‘Y’all are my soul brothers. Y’all can’t eat at the counter in Georgia. Why are y’all coming all the way here to kill me. I’m family.’”

Grant certainly could relate, having grown up in that environment. When he left the Navy in 1966, he opted to live on the west coast.

“I moved to Seattle and got a job with Boeing,” he said. “Seattle is probably the greatest place I ever lived. It was like the people there didn’t care what color you were, long as you could do the job.”

Grant first sought VA services in the early 70s. At that point, he said the doctors would spend five minutes with him, throw some pills his way, and appointment over. There was no such thing as preventative medicine or offering any type of explanation as to what was wrong with him.

“Back then I’d go to a clinic and there’d be 50 people waiting to see three doctors,” he said. “It was hard. You’d be there half a day and not get to see anybody. It wasn’t until later on in life that I realized those doctors were just burned out.”

These days, Grant—who receives his care at Charlotte VA Health Care Center—has a doctor who goes over him from head to toe each visit. She discusses preventative medicine and makes sure he is following his care plan.

And it’s for that reason that Grant has such a passion and interest in making sure younger Veterans know what VA can offer them. He likes to wear his Navy shirt and hat in public as a conversation starter.

“I walk around with these shirts on so people ask me questions,” he said. “A restaurant manager came up to me as I was eating, and we got to talking and he was telling me how much he was paying for his health insurance. He told me was in the Army but didn’t know a thing about getting VA services.”

Grant took it upon himself and picked up the restaurant manager and drove him to the Charlotte HCC. A staffer set him up and now he’s the “happiest camper in the world” because he no longer pays private sector money for his health care.

“I came into the VA system years ago and I’ve seen the growth,” said Grant. “Anything I can do to bring more Vets into the hospital is what I’ll do. I’ll travel and talk to any group. I don’t have much else to do, you know?”