COVID-19 testing for symptomatic and asymptomatic Veterans is being done in our Emergency Department.

All patients must check in at the Main Lobby, Bldg. 16, or Bldg. 590. Health screening is still in place and masks are mandatory. At this time we are allowing one visitor per Veteran. Please no persons under the age of 18.

For the latest coronavirus information: Visit the CDC website. 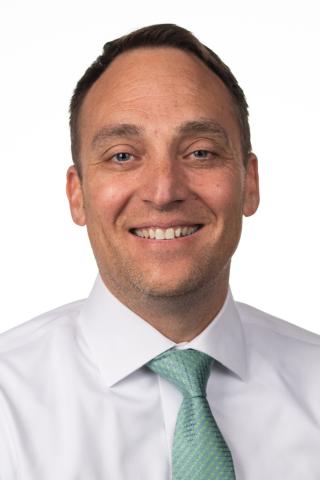 Chad Nelson was born and raised in Tucson, Arizona.  He received a Bachelor of Science degree in Biology from the University of New Mexico in the beautiful Land of Enchantment.  He remained at the University of New Mexico and received his Doctor of Pharmacy degree in 2005.  Nelson completed his PGY1 residency at the VA Salt Lake City, where he focused on Acute Medicine and Critical Care.  After completing his residency he was hired by Intermountain Healthcare to their flagship hospital, LDS Hospital.

Nelson was a member of the Critical Care Team, and practiced on the Surgical/Transplant/Trauma Intermediate Care Unit, and rotated between, the Medical Intensive Care Unit, Pulmonary Critical Care Unit and the Shock Trauma Critical Care Unit.  Intermountain Medical Center opened in October of 2007, and Nelson moved to this new hospital and practiced full time in the Shock Trauma Intensive Care Unit and was a member of the Trauma team, and also served on the Code Blue Team and Medical Emergency Team (MET).

In 2009, Nelson returned to the VA Salt Lake City Healthcare System, and mainly practiced in the Medical Intensive Care Unit for eight years.  In 2016, Nelson became the associate chief of Clinical Pharmacy and Education and currently manages the Clinical Pharmacy Specialists in Acute Care and in Mental Health.  Nelson has served as the Residency Program director for the PGY1 residency since 2013, and this remains a large focus within his career.  Nelson is very passionate about our residency program and is continually trying to improve and grow the program.

Away from work, Nelson loves to spend time with his family, which includes his wonderful wife Beth, and their four beautiful daughters.  Nelson also spends a good amount of time trying to get faster each year on his road bike, and has recently started a cycling club in his community.