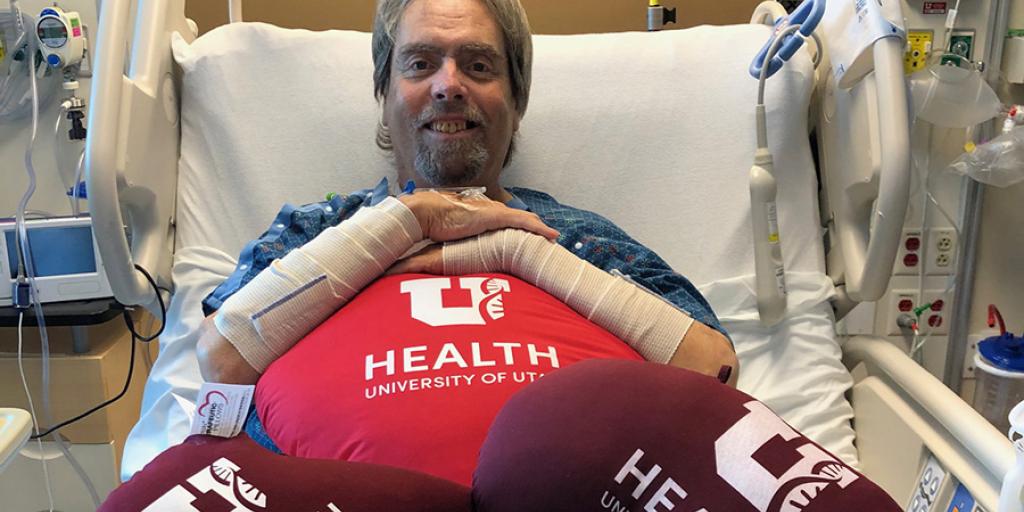 Keith Baker’s heart was failing. Then his liver went. Then his kidneys. In a few years, the once-vibrant Army Veteran found himself frail and bedridden.

Baker needed a triple organ transplant – a procedure so rare U.S. doctors had performed just 24 in the last 30 years. But with two transplant requests denied, what he really needed was a miracle.

Pumped with drugs and tied to life-saving machines, Baker lingered in intensive care. Doctors allowed him a moment with his family.

“I knew that I probably didn’t have much time,” Baker said.

That was eight weeks ago.

Before then, the Yuma, Arizona, native had crisscrossed the country; bouncing from VA to VA. Despite a slew of bad news, Baker remained undeterred.

“I’m going to live through this thing one way or another,’ Baker recalled of those days. “I’m going to keep on living as long as my body does.”

In October, he got his miracle.

A second liver biopsy showed Baker had a better chance of recovery, allowing him on the transplant waiting list.

Soon, a young man died. He was a match. Doctors rushed Baker to surgery.

The event marked the first time the University of Utah Health attempted such a procedure.

But Baker didn’t need assurances. He had faith.

“I’m a fairly religious person,” Baker said. “I just knew the good lord had a miracle in store for me, which he did.”

For hours, experts labored to replace Baker’s heart and liver. After a short recovery and while he was still unconscious, they replaced his kidney.

It’s the first time VA funded a triple organ transplant. That’s good news for Baker, given the surgeries would’ve cost him hundreds of thousands of dollars.

His memory’s improved, he’s walking again, and he no longer needs to take naps to stay awake through the day.

His recovery has impressed his doctors.

“Keith is a person with an incredibly positive attitude and a strong desire to live,” Stehlik said. “Seeing him recover so well … makes us all extremely happy.”

Baker wrote the donor’s family thanking them for the gift of life. He said he wants to help people and donate his body to science.

He said his care at the U was amazing and offered his thanks to VA.

“The VA are champions,” Baker said. “Without them, I would’ve died.”