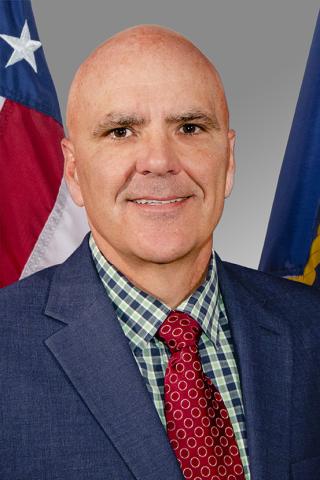 Dr. Kimmel was appointed to Deputy Chief Of Staff in January 2020.

Born in Las Vegas, Dr. Robert "Bob" Kimmel's family moved to northern Nevada when he was three years old. A graduate of Reno High School (Go Huskies!), and the University of Utah, Bob studied medicine at the University of Nevada, Reno School of Medicine. He then did his residency in family medicine at the University of Wisconsin. After completing his residency, he opened a private family medicine practice in Dayton, Nevada where he served his patients for over eleven years. Dr. Kimmel came to the Reno VA Medical Center in 2008 as a Primary Care Provider in Ambulatory Care. He later became Chief of Ambulatory Care but continued to also provide direct care to Veterans as that is his love of medicine. In March 2019, Dr. Kimmel was named Associate Chief of Staff for Community Care, a new service department fully focused on rolling out and administering the VA Mission Act, enacted into law on June 6, 2019. We are pleased that Dr. Kimmel is serving as our Deputy Chief of Staff. Dr. Kimmel and his wife, Deb, live with their three rescue pups. Bob enjoys running and mountain biking throughout northern Nevada especially with the dogs beside him. Dr. Kimmel considers VA his home and loves serving Veterans. Working at VA has allowed him to focus on being a doctor and practicing a higher quality of care for our heroes.