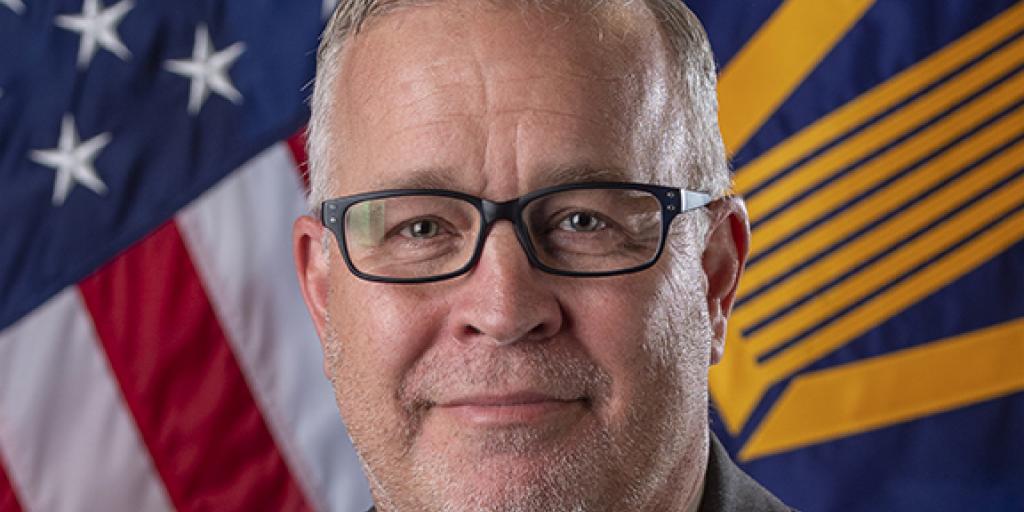 “I look forward to serving our Veterans, but certainly know that COVID-19 has changed things,” Mr. Amick stated. He addressed changes within the community and how those changes may impact our Veterans, “What was available for care in the community might not be available anymore. Some places went under, some people decided they were going to retire.” Kevin plans to assess the state of care throughout northern Nevada to best decide what resources are available and what resources are in need.

As Kevin assesses the needs in our community, he’s also keeping a door open for Veterans wishing to voice their opinions more directly. Veterans may call the hospital at 775-786-7200 to speak with an Executive Assistant and set up an appointment. Times are available every other Thursday from 10:30 a.m. to noon.

A Veteran himself, Mr. Amick served over 21 years as a Navy Hospital Corpsman. He has also been married for over 31 years to Tammi, together they have one son, Adam. He credits much of his success to his family for their support through both his military and VA career. His wife’s support was so instrumental that when he retired from the Navy, Mr. Amick made sure to include her family’s military heirlooms in his military shadow box.

“My shadow box wasn’t really for me as it was for my wife,” Kevin stated as he began listing the various items and their significance in the shadow box. Included were original shoulder pads and replicated dog tags Kevin had specially made representing his wife’s grandfather, a WWII POW/MIA during the Battle of Corregidor in the Philippines. Her father was a naval chief radioman at sea when President Kennedy was shot in 1963 and he provided the original broadcast teletype scroll detailing those sad events for Kevin’s military shadow box, as well.

An avid sports fan with a keen fandom for the city of Baltimore, Mr. Amick is excited to jump into local sports in the Reno/Sparks area. Though we’re unlikely to see him don any Raider or 49er gear, you may see him in a Reno Aces ballcap discovering more of northern Nevada’s beauty.

During an earlier house hunting trip to our area, Kevin made his way to several key locales, including Virginia City and Lake Tahoe. He was surprised to learn that just days after his visit, Lake Tahoe received a massive 28 inches of snow. He quickly learned the old Mark Twain adage “if you don’t like the weather, just wait 5 minutes,” and is already planning more areas to visit, including a stroll down the Riverwalk along the Truckee River soon.

Mr. Amick looks forward to serving and fostering relationships with our Veterans and community as VASNHCS new Executive Director.