With VA’s help, a Veteran claims to have been transformed into a new person 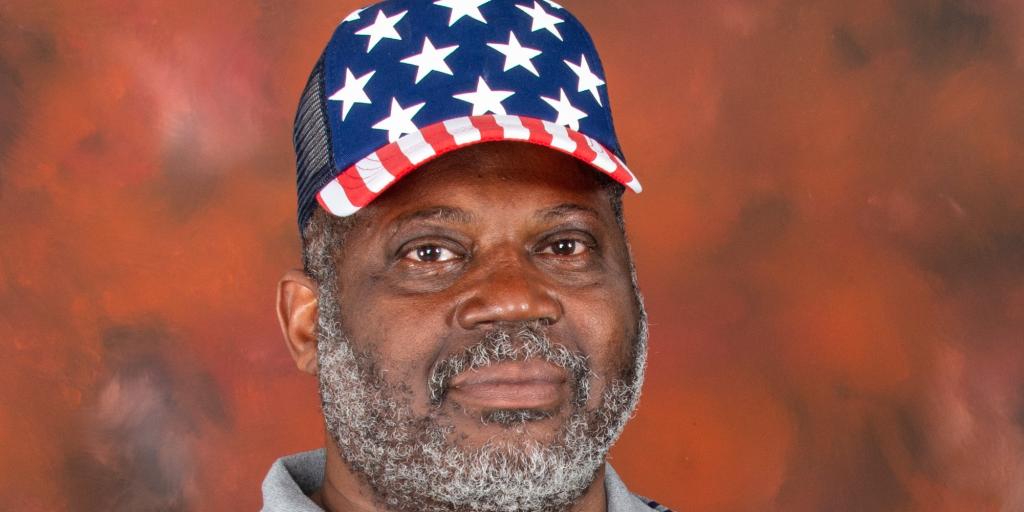 Howard feels his position as a trainer allowed him to hide a personal secret. “I got to a point where I said, ‘I am done’,” he said. “Then there was a voice that told me to call the Crisis Hotline and that kind of got the ball rolling”.

Henry Howard joined the Georgia Army National Guard while in high school. Upon graduation in 1985, a recruiter assisted him in transferring into the United States Army.

Howard’s 20 military career began as an infantryman and he retired as a trainer from Fort Knox. His feels his position as a trainer allowed him to hide a personal secret.

After he left the Army, he started working for a major home improvement company as a salesman which later led to management as an assistant store manager.

“I thought I was real successful at hiding a lot of things that were going on with me mentally,” said Howard.

While working on the cash registers, Howard often would be troubled.

“Sometimes my body would go numb, and I’d lose track of time and space with customers until someone tapped me on the shoulder and bring me back to reality.”

Howard admitted, “I’d avoid getting on the register at all cost.”

When in confined space he would feel discomfort.

“When I’d count money in the money room, which was a closed, tight space, I would always keep that door open and make sure one of the head cashiers was with me.”

Often it is hard for people to admit help is needed. His sisters started noticing small things.

“I was able to perform my duties, disguising what was going on with me. I don’t know if it was seeing things or hearing things but something was uneasy.”

Later, he had an episode which landed him in the emergency room. That is when in 2018, a coworker advised him to seek help. According to him, his initial consultation was fruitless.

“I had been doing my best to hide my mental health issues all the way up until 2018-19. I gave Tricare a try and tried to juggle my job and problems and failed. At this point I was ready to die.”

The Tricare psychiatrist provided medication which eased his experiences but in 2019 things went awry.

“I couldn’t work anymore or perform normal functions,” he said.

Then additional family crisis stuck. His daughter and son both were facing terrible legal situations.

“My life was in ruins. I started hallucinating”.

But after losing health coverage and experiencing additional family related predicaments, Howard turned to the Atlanta VA Health Care System because he felt it was his only option.

“I got to a point where I said, ‘I am done’,” he said. “Then there was a voice that told me to call the Crisis Hotline and that kind of got the ball rolling”.

After explaining his situation with Benton Willis, a peer support specialist, he started feeling as if he was being heard and provided a confidence boost.

“Mr. Willis has walked in my shoes, and he knows how to get people to talk and share. He provides some of the best guidance. In a group setting, he got me on my feet and moving to get more into a normalized way of thinking,” Howard said. “He had a general care and concern about me, and he promised me he would personally make sure I would get a call from the right person who could help me out.”

The next day, Howard said he received a call from a person he feels really helped him. That person was Lamecia Eaddy, a social worker at the Atlanta VA Health Care System.

“She stayed on the phone with me for a long time and allowed me to process and got me in contact with a psychiatrist who prescribed me the proper medication,” he adds, “but once she provided me with coaching, counseling and support that was above reproach, she got me linked up with Chaplain Coleman who steered me towards Biblical guidance, working through my issues. I felt very comfortable with Chaplain Coleman.”

“Though initially apprehensive, Mr. Howard demonstrated a high motivation for improvement by taking a chance on trusting the treatment provided by his VA mental health providers,” Eaddy said. “Seeing his smile and hearing about his progress during telehealth sessions makes serving him worthwhile. His recovery truly exemplifies how the collaborative partnership between a Veteran and his mental health team can enhance the life of the individual.”

Howard admits there have been setbacks.

“I did have a relapse or two when my mom passed away but other than that everything has been going uphill since then. I owe my progress to my family support, Ms. Eaddy, Chaplain Coleman and Mr. Willis. I had a team of folks working to help me get right. I want so much to let VA authorities know how much of an impact it’s services has had on me. I would not be alive today if not for the efforts of the live line (Veterans Crisis Line), Ms. Eaddy, Mr. Willis and the mental health team assigned to me,” said Howard.

Howard receives most of this care from the Stockbridge VA Clinic and is committed to his health plan and plan to serve as an ambassador for what he calls “my VA”.

“Here I am today. I try not to miss any of my sessions or meetings. I am happy in the state I am in and the direction I am going. I have been transformed into a new person, a far better person than I was five, ten years ago,” he said.

During peer led groups, Howard loves to share how the AVAHCS has enhanced his quality of life.

“He often says his motivation for living has returned,” said Willis. “As a peer specialist, I am grateful we are able to share our stories and model recovery which invokes a sense of hope. It allows Veterans to see that recovery is possible”.

Willis is a living testament ready to share that sentiment.

“My message to Veterans would be don’t stop, don’t give up. Seek help from others so you can get to that next level in the VA chain.”

One does not have to be enrolled in VA benefits or health care to call. The Veterans Crisis Line connects Veterans and Service members in crisis and their families and friends with qualified, caring VA responders through a confidential toll-free hotline, online chat, or text. Call 1-800-273-8255 and press 1, 24/7.