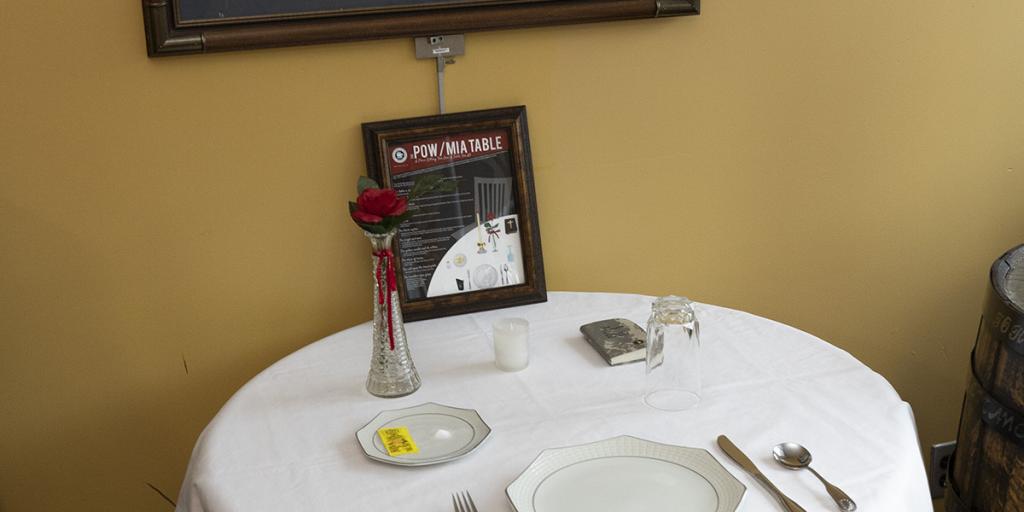 As we recognize National Vietnam War Veterans Day on March 29th, a Missing Man table is on display in the Canteen.

On March 29, 1973, the last US. Military unit left Vietnam after more than a decade of fighting and over 2.7 million deployments to Southeast Asia1. Those who returned faced ongoing struggles with combat injuries and environmental hazards, substance abuse and post-traumatic stress, not to mention attacks and ridicule from antiwar protestors.  March 29 is National Vietnam War Veterans Day, a day to commemorate the sacrifices of these Veterans and their families. Since 2017, this national effort recognizes the men and women who were denied a proper welcome upon returning home nearly 50 years ago. Almost 600,000 of these heroes are still alive today.  We honor their service and remember their comrades who didn’t make it home.

Over 58,000 US troops made the ultimate sacrifice for the preservation of freedom during Vietnam. We have reserved a table in the residential dining room, building 5 as a tribute to service members who have fallen in combat, prisoners of war, and those still unaccounted for. This small table is set for one, symbolizing the isolation of the comrade who didn’t make it home. The table has been set with symbols of their absence; tears shed by the member’s family, hope in the service member’s return, and more. The “fallen comrade” or “missing man” table is traditionally used in solemn ceremonies, on National POW/MIA Recognition Day, recognized annually on the third Friday in September, and on special occasions like this.