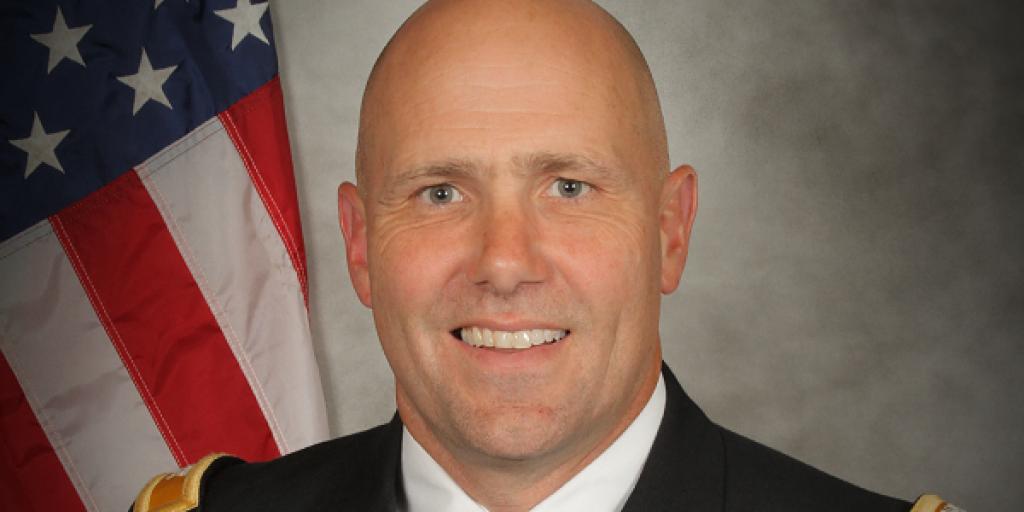 Beckley, W.Va. -- Retired Colonel Chris Selvey knows a thing or two about service and professionalism after being in the Army for 28 years.

Selvey, from Fayetteville, W.Va., was experiencing intense pain in November 2021. He went to the Beckley VAMC’s Emergency Department to find relief and a diagnosis.

“From the moment I entered the facility at the Emergency Room until my discharge six days later, I was treated with the utmost professionalism and detailed care,” Selvey stated in a letter he wrote to Medical Center Director Desmond McMullan.

Selvey first signed up for VA health care benefits after a second deployment to Iraq in 2010. The Transition & Care Manager at the time helped Selvey with his VA disability benefits, as well.

“I had a seamless experience and felt taken care of,” he said. “That was my first indication that the VA was going to be a good thing.”

It was not until he retired in 2016 that he began exclusively using VA health care. After an extensive career that spanned two deployments to Iraq and one to Kosovo and numerous positions in the West Virginia and North Carolina Army National Guard, Selvey is appreciative.

“As with any organization, there are hiccups here and there, but overall, they have taken tremendous care of me,” he said. “One thing I see with Beckley is that if there is a problem, people work together to safely resolve it.”

That is what spurred him to write a letter to express his gratitude to everyone he encountered during an intense and painful experience in his life.

“Here I was lying in tremendous pain and alone; there were some tough times, but everyone showed concern for me and worked together to get me better,” he said. “Even the food was great; I told them, ‘tell that cook that was a ‘fantastic meal.’ Shoot, I even gained three pounds during those six days!”

Selvey mentioned how he could have felt alone due to COVID-19 visitation restrictions but that he felt the “professionalism, positive, and comforting care made this a positive and most reassuring experience.” While he wished his wife of 21 years to be at his side, he cared for.

When Selvey first went to the medical center, he had no idea he would be there for six days. He had nothing with him – no toothbrush, toothpaste, or change of clothes. Nursing staff ensured he had everything he needed to feel at ease.

Selvey, who now is Junior Reserve Officer Training (ROTC) Program Instructor at the Fayette Institute of Technology in Oak Hill and a high school football and basketball coach, mentioned one of the nursing staff knew him from school and kept asking, ‘What do you need, Coach?’

There is a special understanding VA employees have for Veterans; approximately 35 percent of VA employees are Veterans themselves. Many others have a direct family link to the military.

“There is a sense of the brotherhood and sisterhood carrying on in the VA,” he said. “You don’t find that sensitivity in the private sector.”

Selvey encouraged any Veteran not currently enrolled for VA health care benefits to reach out. Veterans can call Enrollment & Eligibility at 304-255-2121, ext. 4460 or visiting https://www.va.gov/beckley-health-care/register-for-care/.