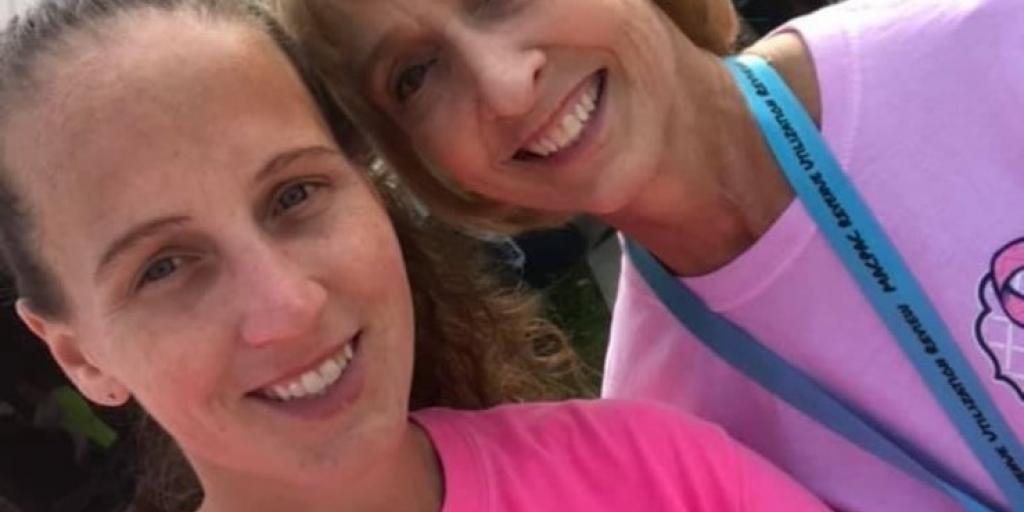 Sherri Burleson and her daughter at the 2019 Breast Cancer Walk at the Beckley VAMC
By Sara Yoke, Public Affairs Officer
December 6, 2021

It was a fluke. In 2013 RN Sherri Burleson felt something unusual while showering. It was a sizeable lump in her breast. Sherri quickly sought medical care, first getting an ultrasound and then a biopsy, which confirmed it was cancer.

She first sought treatment in Huntington, WV but later got a second opinion at Cancer Center of America in Zion, Illinois. Following a lumpectomy, she endured six long months of chemotherapy followed by 30 rounds of radiation, Monday through Friday with weekends off. After seven months, her treatment was completed.

“When I heard the word ‘cancer,’ tears welled in my eyes,” she said. “But even so, I considered myself lucky because some types of breast cancer are more aggressive.”

Sherri credits the closeness and supportive of her loved ones for getting her through those months.  Her daughter Brittany transported to and from the cancer center.

“Even though I’m a nurse, as a cancer patient, you’re not thinking like a nurse. It’s the opposite,” she said. “You don’t realize what your family members are going through. When my dad passed from cancer, I went through it as the caregiver. It’s very emotional.”

She said she had the tendency to hide her emotions from people when asked how she was doing because she didn’t want to worry them. Loved ones can feel helpless and stressed.

“It was very stressful, but until you live it you can’t really know it. There are emotions that you can’t put words to,” she said.

Sherri openly tells her story because she knows for a fact that it’s motivated women, and even strangers, to do preventive self-exams and yearly mammograms.

“If I could touch just touch one person, to educate just that one person and prevent them from going through what I endured, it’s worth it.”

For Sherri, it’s part of being a nurse – helping people and educating them about health.

Sherri honestly talks about what life looks like when treatment is completed – something not routinely discussed in mainstream media or cancer awareness in general.

“Your hair grows back, but it’s side effects after that people need to be more aware of,” she said. “Just because the treatment is over doesn’t mean there aren’t medical issues that stem from chemotherapy. It totally alters your body’s response to certain things.”

Family and friends should keep this in mind when they see changes and ask questions.

“It’s not over just because treatment is over. There’s lingering fear that the cancer may come back; it’s a continuation,” she said.

As a breast cancer survivor, Sherri is now fighting to help people understand the aftereffects. She stresses the importance of mental health counseling and hopes to continue making a difference.