COVID-19 vaccines and testing: All Veterans, spouses and caregivers can get a COVID-19 vaccine by appointment or at a walk-in clinic. VA Boston now offers walk-in COVID-19 testing for Veterans enrolled in VA health care, as well. Visit our vaccine and testing information page to learn more and for schedule info. 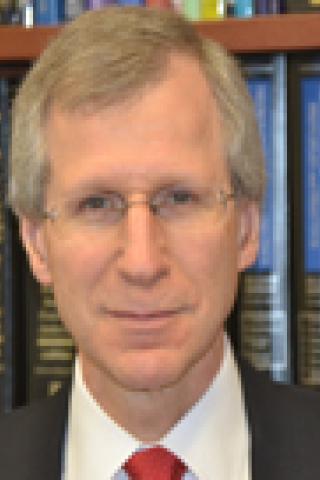 Dr. Charness became Chief of Staff for the VA Boston Healthcare System in 2003.

Dr. Charness earned his bachelor of science degree in Psychology from McGill University and his M.D. from the Johns Hopkins University School of Medicine. He served as resident in Internal Medicine at the Johns Hopkins Hospital. He was resident and chief resident in Neurology and postdoctoral fellow in Neuroscience at UCSF. He is board certified in Internal Medicine and Neurology.

Dr. Charness came to VA as a staff neurologist in 1989 and served as Chief of Neurology at the VA Boston HCS from 1996 - 2003. He is Professor of Neurology and Faculty Associate Dean at Harvard Medical School and Professor of Neurology and Associate Dean at Boston University School of Medicine. He chairs the National VA Chief of Staff Advisory Council and recently chaired the Chief Medical Officer Group Steering Committee of the Association of American Medical Colleges.

Dr. Charness is scientific director of the National Institute on Alcohol Abuse and Alcoholism (NIAAA)-funded Collaborative Initiative on Fetal Alcohol Spectrum Disorders and chairs the External Scientific Board for the NIH-funded Adolescent Brain Cognitive Development (ABCD) Study. His laboratory research has delineated molecular mechanisms of alcohol toxicity in the nervous system and discovered drugs that block alcohol toxicity. He served as president of the Research Society on Alcoholism (RSA) and as a member of the National Advisory Council of the NIAAA. He was awarded the Frank Seixas Award of RSA, a MERIT Award from NIAAA, the Excellence Award from NOFAS, the Henry Rosett Award from the Fetal Alcohol Spectrum Disorders Study Group of RSA, the Mark Keller Honorary Lecture Award from NIAAA, and the R. Brinkley Smithers Distinguished Scientist Award and the James H. Tharp Award from the American Society of Addiction Medicine. He has cared for patients with neurological complications of alcoholism throughout his career.