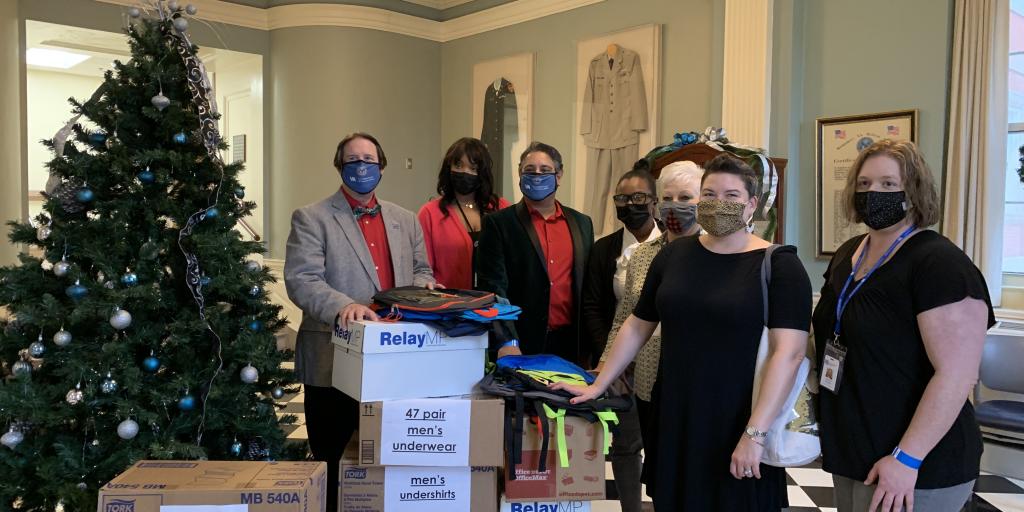 ADRS team members were inspired on Veterans Day and began to collect items at their Montgomery office, which spread to offices throughout the state. The collection included body wash, deodorant, winter hats, gloves, underwear, sock and more. It became a friendly competition to see who could collect the most for Veterans.

“We are very excited about this new partnership with ADRS,” said CAVHCS Director Amir Farooqi. “VA is on a mission to end Veteran homelessness and it’s critical to have organizations like ADRS to join our cause.”

“Every Veteran should have a place to call home and we have a lot of work ahead of us. As we head toward the winter season, these donated items will play a major role in keeping homeless Veterans warm. I sincerely thank ADRS for this kind gesture,” Farooqi said.

ADRS’s mission is to serve Alabamians with disabilities from birth throughout their lives but they decided to spread some holiday cheer with a large donation to CAVHCS.

“We get the day off to honor Veterans, but we had to ask, ‘What are we doing for it?’” said Sonia M. Cleckler, SLP Program Specialist, Children’s Rehabilitation Service (a program of the ADRS). “It was as simple as that. Veterans Day was here, and we realized not a lot of people do something for that.”

Homeless Veterans are a vulnerable population and community donations can make a difference to their health and wellbeing. These men and women have fought for our Nation and someone must fight for them.

Cleckler explains homeless Veterans will not be forgotten. “We want them to know that people do appreciate their service and their sacrifice and what they did to keep us safe. They’re not forgotten, and if they need help, reach out. There are plenty of people who want to help”, she added.