Tuskegee University Student returns as a doctor to assist CAVHCS 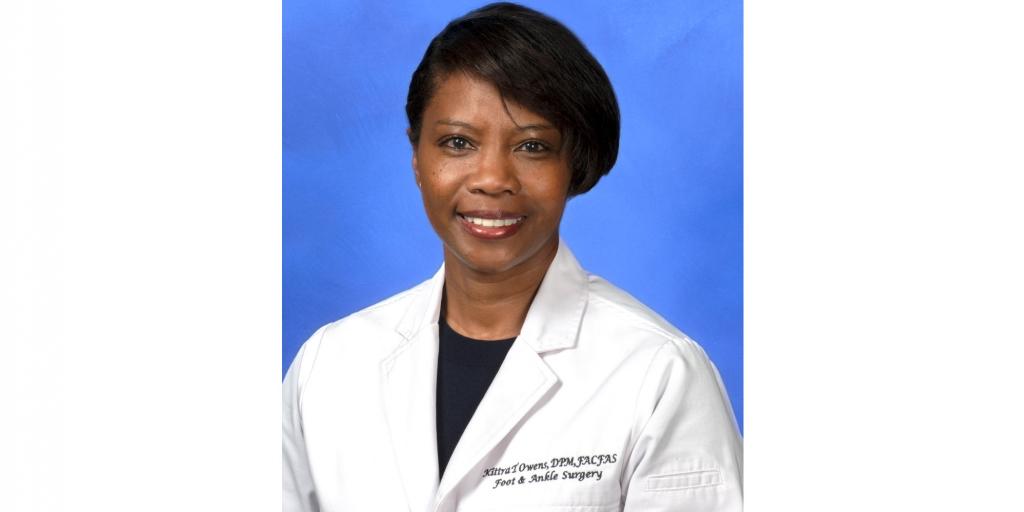 In 2018, podiatrists were added to the VA physician and dentist pay scale, allowing podiatrists to apply for medical leadership roles.

While searching for professional opportunities, Las Vegas VAMC Podiatry Section Chief Dr. Kittra Owens came across a job announcement, which would bring her back home.

“CAVHCS is driving a culture of improvement, accountability and ensuring timely and efficient patient care is afforded to all Veterans. I am grateful to be a part of the team,” Owens said.

Dr. Kittra Owens, acting deputy chief of staff - Montgomery, Alabama, attended Tuskegee University on an athletic and academic scholarship, which led to her ultimately becoming the starting point guard from her freshman to senior year.

“Attending an HBCU (Historically Black Colleges and Universities) gave me the opportunity to embrace the culture, receive unlimited academic support from faculty and alumni, and build lasting relationships with other students from diverse backgrounds,” said Owens.

Her interest in health and wellness peaked when she was a teenager. Owens, a native of Mobile, Alabama, competed in sports during her middle and high school years. When she suffered injuries, she would receive treatment recommendations from trainers and therapists in the hope of a faster recovery.

“A career in medicine was solidified after I experienced a traumatic shoulder dislocation while playing basketball for Tuskegee University and had to undergo reconstructive surgery,” Owens said.

“My surgeon (Dr. James Andrews/Alabama Sports Medicine and Orthopedic Center, Birmingham, Alabama) operated on athletes such as Reggie Bush, Shaquille O’Neal, Drew Brees and a list of other well-known individuals. As an HBCU point guard, he made me feel that my injury and ability to return to competition was just as important as any celebrity pictured in his office,” Owens said.

She began shadowing Alabama physicians Dr. Maria Moman, Dr. Daniel Spriggs and Dr. Julie Overby. This opportunity gave Owens a better understanding of the responsibilities and expectations of working in the medical field.

During her first year of podiatric medicine and surgery residency at Oakwood Healthcare System, Owens received a call from a Navy recruiter.

“The recruiter heard my residency program was known for developing well-trained surgeons specializing in reconstructive foot and ankle surgery. The recruiter suggested I see the amazing medical opportunities the Navy could offer,” Owens said.

Owens and the recruiter traveled to the Walter Reed National Military Medical Center for a site visit.

“I was amazed at the impact military physicians had not only on active-duty servicewomen and men but also on their dependents and retirees,” Owens said.

After her residency, Owens was immediately commissioned in the Navy, which she credits to molding her medical career.

“I have practiced medicine in 5 countries and was deployed to Afghanistan in support of Operation Enduring Freedom. My responsibilities as a military officer (lieutenant commander) allowed opportunities for me to step outside the medical realm and command military operations,” Owens said.

Owens fittingly returned during Tuskegee University’s Homecoming after 20 years, which brought up fond memories of her time in the community. She states that Tuskegee brings forth sentiments of family, unity, progress, community, culture, educational excellence and legacy.

“As a 20-year-old junior Biology major at Tuskegee University, I would often perform community service at the Tuskegee VA. I would assist with the Meals-on-Wheels program and volunteer to sit with Veterans needing assistance. My career has taken me all around the world, only to voyage 26 years later to the place where it all began. I am truly humbled by life’s journey,” Owens said.