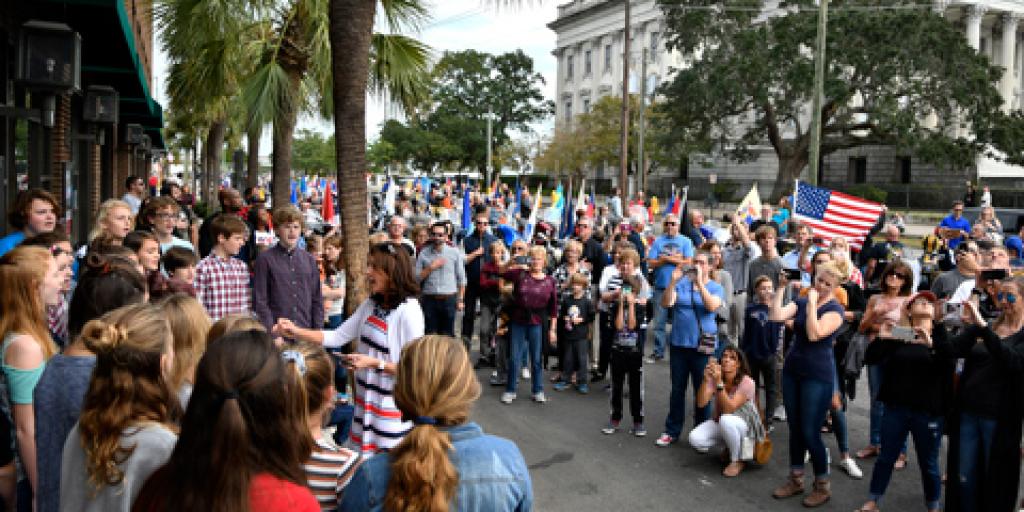 The Ralph H. Johnson VA Medical Center sponsored the annual Charleston Veterans Day Parade on Nov. 4. The parade began with remarks from Charleston’s mayor, John Tecklenburg, who highlighted the significance of the Veteran community in Charleston and the importance of celebrating our Veterans.

Felissa B. Koernig, the Associate Director at the Ralph H. Johnson VAMC, then introduced the Laing Middle School choir who sung the National Anthem to officially begin the parade. Joint Base Charleston’s 437th Airlift Wing also supported the parade with a flyover from one of their C-17 aircraft.

The parade also featured the 2018 Charleston Veterans Day Parade Grand Marshal, Al “Hollywood” Meggett, a Charleston boxing legend and Veteran who gets his care at the Charleston VAMC.