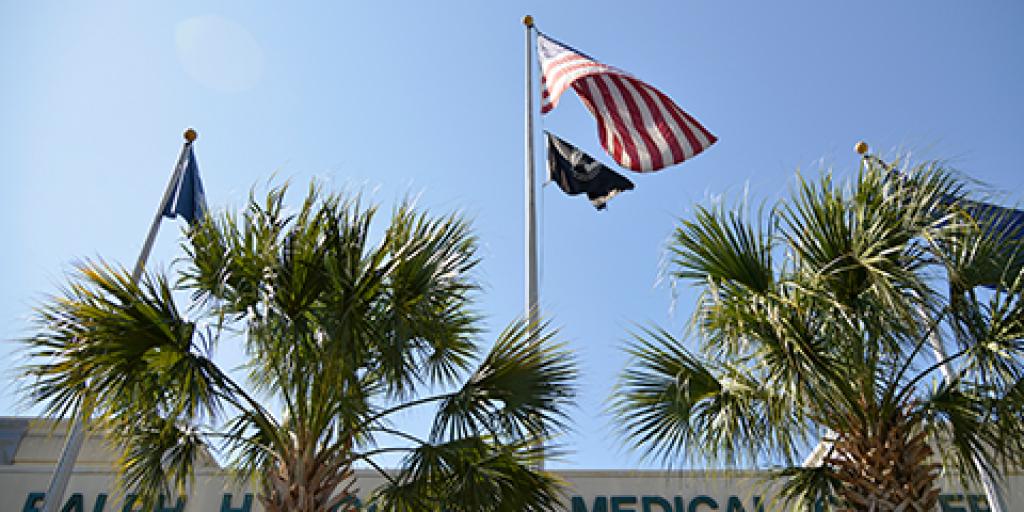 This Wednesday, July 4, Americans will gather together to celebrate Independence Day, a federal holiday that commemorates the forming of the United States of America through the adoption of the Declaration of Independence on July 4, 1776.

Traditionally, revelers will spend the day participating in backyard barbeques, going boating, spending time at the beach, marveling at fireworks displays and wearing red, white and blue clothing and accessories.

While decorating your home and celebration spaces and partying in patriotic attire may be fun, it’s important to ensure that you are properly displaying the U.S. flag in a respectful manner while also enjoying the festivities.

The rules for handling and exhibiting the American flag are outlined by the U.S. Flag Code. United States Code, Title 4, Chapter 1 provides guidelines for rendering proper courtesies to the flag, including how to hang the flag, when to display it at half-staff, how and when to render hand salutes and how to honor the flag during the recitation of the Pledge of Allegiance and the playing of “The Star-Spangled Banner,” among others.

Of interest during patriotic holidays, such as Fourth of July, are rules regarding respect for the flag. The Code states “no disrespect should be shown to the flag of the United States of America” and goes on to provide the following instructions:

Appropriately displaying and handling the U.S. flag, not just on holidays but on all days, honors the emblem of the United States of America. Learn more about the U.S. Flag Code and the American flag here and here.