Veteran giving back to Veterans 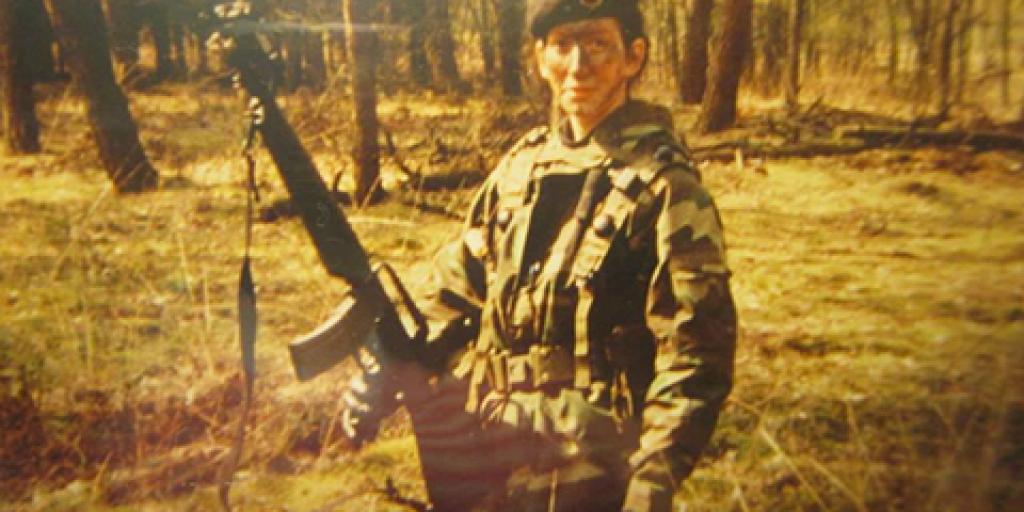 Born in Trenton, New Jersey, I was plucked out of the city and placed in what I learned was called “a Holler” in West Virginia when I was young girl.

Growing up in West Virginia, I was not exposed to people of the world, that is until I joined the Air Force.  I joined the Air Force in 1987. I went from canning vegetables from my parents’ garden, making apple butter in a big washtub over an outdoor fire, and getting our hog in the fall to eat for the winter to “Welcome to Lackland Air force Base”!

I learned defense tactics during Air Base Ground Defense Training, which prepared me to protect our base in case of an attack. After I went through Air Force Basic Training and the Security Police Academy, I was sent to an army post known as Camp Bullis, right outside of Lackland Air Force Base, to learn how to operate the M-60 machine gun.   From there, I was sent to Fort Dix, New Jersey, close to where I was born, to be trained by the Army in what they called ABGD or Air Base Ground Defense Training, the Army’s basic training.   I had to go through the gas chamber, dig a fox hole and stay in it overnight, where I rotated with my “combat buddy” on shifts while the other one slept in our pup tent.  I went through the Paragon Trail at Fort Dix, which was a bit scary for me, so I can only imagine how scared and brave someone must be when they go into a combat environment.

The Air Force gave me a chance to grow, grow up, and it opened my eyes to the world around me.  I was assigned to bases in Italy and Holland during my eight-year career.  I guarded Nuclear Weapons that were underground on NATO bases. I worked closely with the Italian and Dutch Air Forces, working on their base, not ours, to protect and maintain the security of our weapons, and to maintain the freedom that I, as an American, love.

The Air Force was a godsend for this Appalachian Yankee!  I gained confidence, education, and training to defend myself; and what I loved the most was the brother and sisterhood of my fellow Airman—that friendship is irreplaceable.

After I got out of the Air Force in 1994, I decided that I wanted to become a nurse. My first nursing job started in 1999 as an Licensed Practical Nurse at the Ralph H. Johnson VA Medical Center. In 2008, I decided that I would go back up north and worked at the Rhode Island VA Medical Center for three years I worked briefly at a private hospital in Rhode Island but quickly learned that my heart was calling me back to the VA. I constantly talked about the VA and my experiences while I was at the private hospital and knew that the VA is where I belonged. The Veteran population is who I feel the most comfortable around. As a Veteran myself, I know what I would want as a patient at the VA and I try and do that for all the Veterans I care for. I want to be an advocate for them and I feel a deep connection to them.

As a Veteran, we are a special breed. When I’m in appointments and Veterans tell me about their experiences, knowing what they are talking about really helps me connect and help our patients at a different level. So in 2011, I was ready and transferred back down to the Ralph H. Johnson VAMC in Charleston, South Carolina to work with my fellow Veterans again.

I am seeing constant improvements within the VA that are ensuring that the quality of care and accessibility of care are top notch for Veterans. A perfect example is the way that the North Charleston VA Outpatient Clinic is set up. The technology is outstanding and the way that our Patient Aligned Care Teams are set up here makes our Veterans at ease and saves them time by consolidating their care team in a central location, allowing them to be seen quickly by all of the providers in one location.

For me, working at the Ralph H. Johnson VAMC is about giving back. This place is my home. I will do whatever I can to help the Veterans that we see every day.