Veteran Shows the Path to Recovery 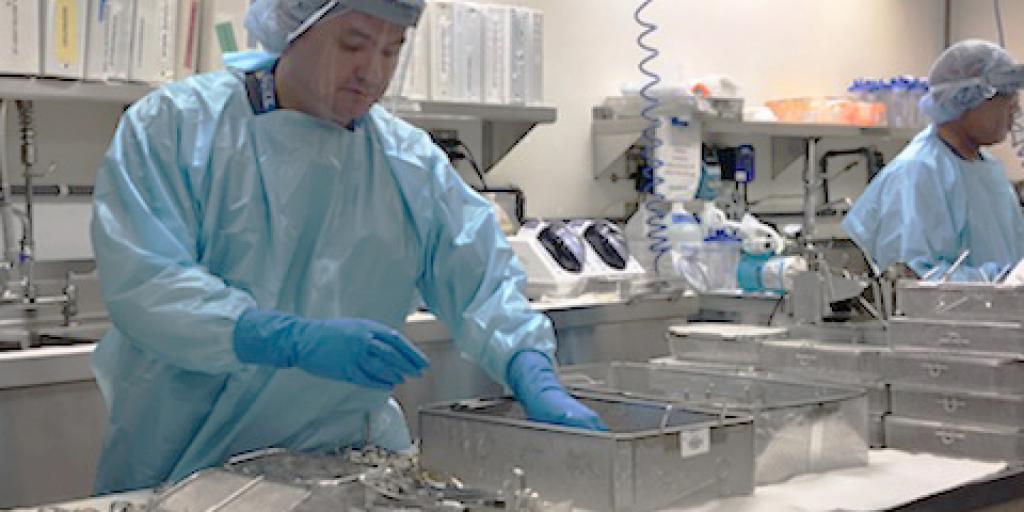 Many Veterans struggle to readjust to civilian life when they leave the military, and those struggles can all too often include battling with substance abuse and alcohol addiction. For those Veterans, the road to recovery can be a lonely and hard road that takes years.

Jerry Weaver was one of those Veterans. He struggled with substance abuse for more than two decades while trying to find his place in a post-service life. His final wake-up call was four felony charges for possession of a controlled substance and retail theft in the summer of 2017 that had the potential of completely derailing his life.

“I walked the walk out there on the dark side for about 27 years,” he said. “It took sitting in Dorchester County, after I was picked up on some warrants, and me finally writing down the ways that my addiction was affecting me. I sat down and realized that I can’t live like this anymore. That 90 days in Dorchester County changed my life.”

It was there in the Dorchester County Jail that Weaver was introduced to Meredith Miller, the Veteran Justice Outreach Coordinator for Ralph H. Johnson VA Medical Center. Miller works with Veterans who have been arrested on various charges to get them enrolled in VA care and assists them with getting into the treatment programs VA offers after they’re released.

“The best thing I ever did was working with Meredith Miller to get into the Drug Court in Charleston,” Weaver explained. “She saved my life.”

The Charleston County Adult Drug Court provides a cost-effective alternative to traditional prosecution and incarceration of nonviolent offenders with substance abuse problems. Weaver was able to reach a plea agreement for his drug charges and enter into a one-year agreement to attend rehabilitation meetings at Charleston VAMC and undergo frequent drug tests to ensure he is on the right path.

“I knew I could do a year sober, but on day 366 I knew I would be back out there,” he said. “I started writing more and more and it became an outlet. I started to understand. Embracing my recovery was the most amazing thing ever. It gave me a new lease on life.”

Over the next year, Weaver turned his journal writings into a book, and turned a couple of months of sobriety in jail into a year’s sobriety and the successful completion of the Drug Court program.

During that same time, Miller was part of the charge to create a Veterans Treatment Court in Charleston County, which was approved by the South Carolina Supreme Court earlier this year. Unlike the Charleston County Adult Drug Court program that Weaver completed, it is designed specifically to serve adults with prior military service, including National Guard, Coast Guard and reservists who have been charged with one or more criminal offenses in Charleston County, South Carolina, and who are struggling with addiction, mental illness and/or trauma-related disorders such as PTSD.

Some specific benefits of the Veterans Treatment Court over the Drug Court are the adaptation to military training terms and styles to make it more relatable for Veterans, including the close relationship the court has with the Charleston VA, and the addition of Veteran mentors who have successfully completed a similar treatment program.

Today, Weaver says he has finally found meaning in his life. He was recently selected as the first mentor in the Veterans Treatment Court, where his role will be providing Veterans struggling to get clean with advice from his experience.

“We all battle our demons, and it’s just about whether you give up or not,” he explained. “I’ve learned that it doesn’t matter what’s coming at you, even if it’s a mountain of things to get past, you don’t have to climb that in one day. You just have to start chipping your way to the top.”

For more information on the Veteran Justice Outreach program, or for help getting into the Charleston County Veterans Treatment Court, contact Meredith Miller at Meredith.Miller2@va.gov or by phone at 843-297-0019.