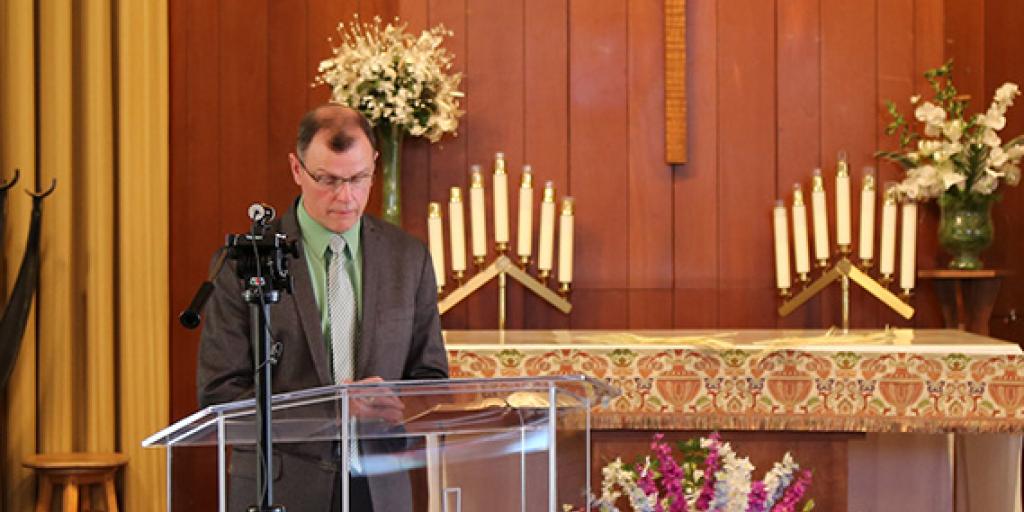 A Chaplain at Coatesville VA Medical Center, who has lived the call for God and country for decades, says he could have never anticipated the phone call he received from the Army Chief of Chaplains, informing him of a once-in-lifetime opportunity.

Chaplain Thomas Behling answers the call to serve God in his role as Coatesville VA's Chief of Chaplain Services by overseeing all religious and spiritual care activities at the medical center where six chaplains provide spiritual, pastoral, and emotional care for Veterans and their families through weekly worship services, group counseling sessions and individual visits.

When the the Army Chief of Chaplains presented Behling with the opportunity, he accepted. "This was not something I ever planned, anticipated or pursued," said Behling. "I am excited but also equally apprehensive."

The position he was asked to serve in is Chaplain to the U.S. Army's Forces Command (FORSCOM), the Army's largest command.

FORSCOM, ensures all its forces are trained and prepared to deploy, is headquartered at Fort Bragg, N.C. and consists of 750,000 soldiers who are expeditionary, campaign-focused, and provide combatant commanders with the capability to be decisive in military operations around the globe.

While serving in his new role as FORSCOM's Chaplain, Behling continues to execute his duties with the National Guard Bureau and the Army National Guard.

The additional time spent in his new FORSCOM position means Behling is relying on Coatesville VA's other well-qualified chaplains to oversee the religious and spiritual services for Veterans in their care.

The Illinois native attended the University of Wisconsin Whitewater and joined their ROTC program after relocating to Wisconsin with his family after high school. In December of 1984, Behling received his commission and served six and a half years on active duty.

He served as an armor officer, assistant operations officer, and commanded an infantry company before earning his Master of Divinity degree from Bethel Theological Seminary in 2005 and joining the chaplaincy.

Behling reflected on how he thought his experience outside of chaplaincy was a benefit. "It's an important connecting point with soldiers. When they know that you've actually lived their life and experienced what they have experienced, it opens the door to having significant conversations."

As a chaplain, he deployed to Iraq and Afghanistan where he served soldiers' religious and spiritual needs.

Now Behling ensures FORSCOM's unit ministry teams and chaplain sections are trained and ready to deploy wherever combatant commanders and their soldiers need them.