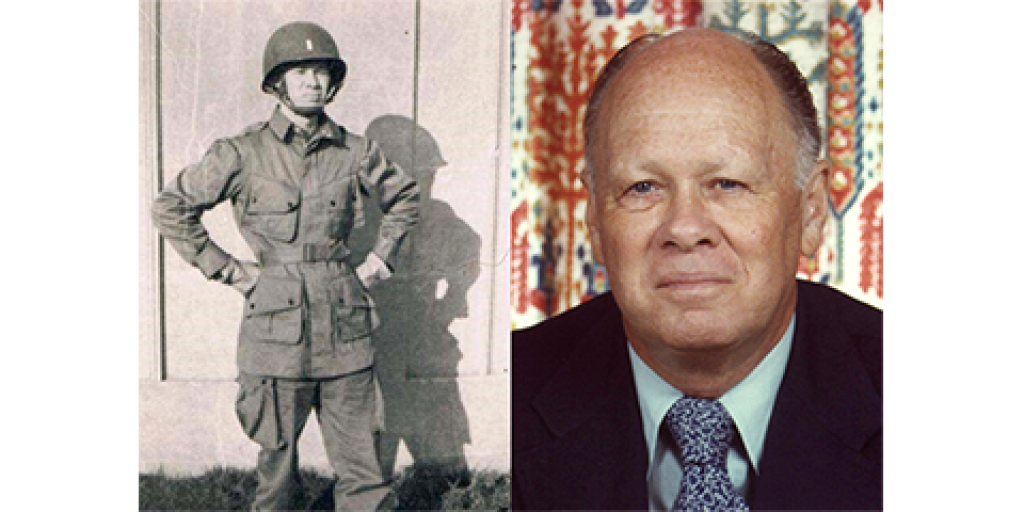 Dr. Ernest D. Shacklett, Coatesville VA Medical Center Director from 1974 to 1979, also served as medical officer and surgeon with the 101st Airborne Division, was one of the first to parachute into Normandy, during Operation OVERLORD.
June 4, 2021

Dr. Ernest D. Shacklett, Coatesville VA Medical Center Director from 1974-1979, was one of the first to parachute into Normandy, during Operation OVERLORD, on June 6, 1944.

Dr. Shacklett received his medical degree from the University of Texas in 1941 and served as an officer in the U.S. Army from 1942-1946, entering as a First Lieutenant in the Medical Corps. As a Captain (CPT), he was assigned as a medical officer and surgeon with the 2nd Battalion, 502nd Parachute Infantry Regiment, 101st Airborne Division.

During the Normandy invasion, CPT Shacklett was part of the first wave of American troops to jump behind enemy lines, into France six hours prior to the D-Day landings. His primary duty was to care for wounded soldiers, until they were able to be evacuated by plane to a base hospital in England.

The 502nd Parachute Infantry Regiment departed England, crossing the English Channel late at night on June 5, 1944. The first Paratroopers hit their Drop Zone behind German lines at approximately 00:15 hours on June 6th. The unit’s mission was to secure two northern causeways leading inland from Utah Beach and destroy a German battery of howitzers near Saint-Martin-de-Varreville.

After the Normandy invasion, CPT Shacklett was wounded in action in Belgium, receiving the Purple Heart and the Bronze Star.

Dr. Shacklett attained the rank of Major and, when he left the military, he continued his career in medicine. In October 1974, Dr. Shacklett was appointed director of the Coatesville VA Medical Center, a position he held until his death on April 27, 1979, at age 62, from a heart attack.

Dr. Shacklett was survived by his wife, Margaret, his daughter Martha and son William.