All Truman VA staff, contractors, volunteers, patients, and visitors must  wear a facility-provided medical-grade mask while in any of our facilities. No other form of face covering is considered acceptable. Patients and visitors will be provided a medical-grade mask at the hospital’s two public entrances, or when they present at a community-based outpatient clinic.

Truman VA's current inpatient visitation policy is two visitors per Veteran, per day. To ensure that our patients receive quality rest, quiet hours are observed from 8:30 p.m. to 6 a.m.  Any visitor who wishes to remain after 8:30 p.m. must report to the VA Police office on the first floor, room D102, for a visitor pass.

Harry S. Truman Memorial Veterans’ Hospital seeks to promote the health, welfare, and dignity of LGBTQ+ Veterans and their families. We are committed to making sensitive and high-quality health care accessible. Our employees are prepared to provide personalized, patient-centered care in a safe, affirming, and welcoming environment.

Harry S. Truman Memorial Veterans’ Hospital seeks to promote the health, welfare, and dignity of LGBTQ+ Veterans and their families. We are committed to making sensitive and high-quality health care accessible. Our employees are prepared to provide personalized, patient-centered care in a safe, affirming, and welcoming environment.

All Veterans are welcome here.

An estimated one million Veterans identify as lesbian, gay, bisexual, or transgender (LGBT), and have served America with honor and distinction, though too often at the cost of being their authentic selves.

Truman VA recognizes that LGBT Veterans face increased health risks and unique challenges in accessing quality health care. We are implementing policies, provider-education programs, and services to ensure high-quality, patient-centered care for LGBT Veterans, delivered in a safe, supportive, and respectful environment throughout the hospital and our community based clinics.

Truman VA is committed to equality.

From 2014 to 2020, Truman VA was recognized as a Leader in LGBT Health Equality by the Human Rights Campaign Health Care Equality Index.  Click here to visit the HEI website* to learn about the Core Four Leader Criteria on which health care systems are rated.

*Link will take you outside of the Department of Veterans Affairs website. VA does not endorse and is not responsible for the content of linked websites. The link will open in a new window.

Look for the logo... The Truman VA Safe Zone Program

Truman VA healthcare providers and other employees who participate in the Safe Zone Program are committed to promoting awareness and support of, and respect for, lesbian, gay, bisexual, and transgender Veteran patients, their families, and hospital/CBOC employees. If you see the logo, you know that person is an ally. 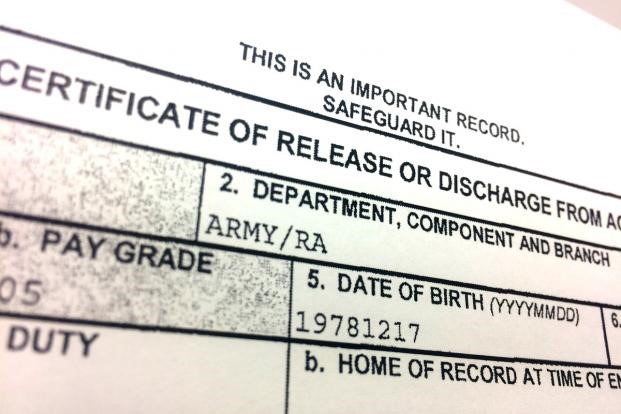 The discharge characterization for Veterans discharged under “Don’t Ask, Don’t Tell” (DADT) or previous policy should accurately reflect the character of their service. This is not always the case.

Service members who were discharged under DADT generally received an Honorable or General Under Honorable Conditions discharge based on their service records. However, a service member discharged for a “Homosexual Act” that involved a so-called “aggravating factor” might have been given an Other Than Honorable (OTH) discharge characterization. Most of the factors on the list (such as acts involving minors, prostitutes or coercion) constituted unacceptable behavior and should have resulted in an OTH. But there were two “aggravating factors” that did not inherently constitute misconduct and that should not necessarily have resulted in OTH discharges. These were acts committed openly in public view (e.g., holding hands at a restaurant) and acts committed on base or on post (e.g., a quick hug while being dropped off).

In addition, the Navy and Marine Corps gave those discharged for “marriage” or “attempted marriage” an OTH, while in the Army and the Air Force, members discharged for same conduct received Honorable or General Under Honorable Conditions discharges, based on their service record.

All branches of the military consider Veteran to have a strong case for a discharge upgrade if they can show their discharge was connected to sexual orientation, or mental health conditions, including posttraumatic stress disorder (PTSD); traumatic brain injury (TBI); or sexual assault or harassment during military service.

The LGBT Veteran Care Coordinator is a clinician who assists LGBT Veterans in navigating through the VA healthcare system, provides community resources, and facilitates LGBT Veteran programs. The LGBT VCC also serves as a point of contact, source of information, advocate, and problem-solver for LGBT Veteran-related healthcare issues at Truman VA and associated CBOCs.

The Truman VA LGBT Veteran Care Coordinator is Beth Hager-Harrison-Prado, LCSW; she can be reached at 573-814-6000, ext. 53493; by email at m.e.hagerharrisonprado@va.gov; or via secure messaging in My HealtheVet (for Veterans).

If you feel you are not being provided with compassionate care at Harry S. Truman Memorial Veterans’ Hospital, we encourage you to make your concerns known to your healthcare provider and/or the Patient Advocate.

*Link will take you outside of the Department of Veterans Affairs website. VA does not endorse and is not responsible for the content of linked websites. The link will open in a new window.