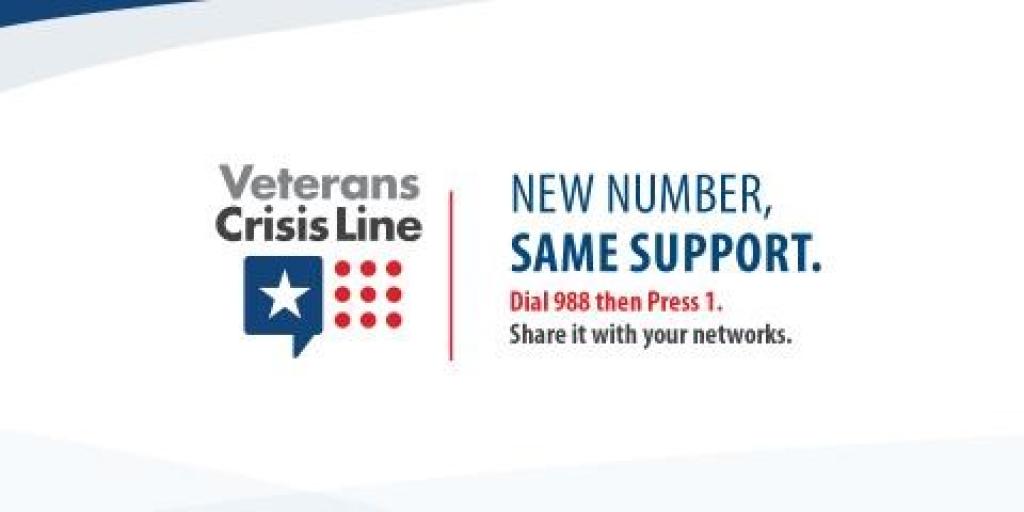 Effective July 16, Veterans have the option to Dial 988 then Press 1 to connect with caring, qualified responders for 24/7 crisis support.

In response to the National Suicide Hotline Designation Act designating the 988 Suicide and Crisis Lifeline, the Department of Veterans Affairs has made it more user friendly to access the Veterans Crisis Line.

“During a crisis, every second counts,” said VA Secretary Denis McDonough. “This new, shorter number makes it easier for Veterans and those who care about them to reach lifesaving support without having to be enrolled in VA benefits or health care.”

Reducing Veteran suicide is the top clinical priority for the Department of Veterans Affairs and a top priority for the Biden-Harris administration. Enhancing suicide prevention crisis services is a key component of the White House strategy on reducing Veteran suicide as well as President Biden’s comprehensive strategy to address the country’s national mental health crisis.

VA operates the Veterans Crisis Line through the 988 Lifeline’s national network and thus collaborated to accomplish the successful transition. During two years of preparation, the department has added hundreds of crisis line employees and responder staff, with still more hiring underway, and has strengthened call center infrastructure.

The Veterans Crisis Line is a critical component of the nation’s largest integrated suicide prevention network. It links to more than 500 suicide prevention coordinators across the VA health care system, ensuring coordination into follow-up services as part of a full continuum of care.

Individuals who call the Veterans Crisis Line are five times more likely to have less distress and less suicidal ideation from the beginning to end of the call.

While Dial 988 then Press 1 is a new option for contacting the Veterans Crisis Line, the original number: 1-800-273-8255 and press 1, remains available, and Veterans can continue to reach out via chat at VeteransCrisisLine.net/Chat or by text to 838255.