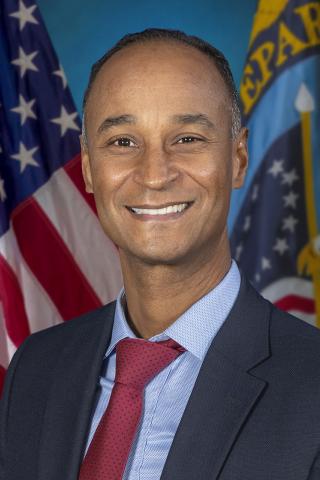 Dr. Moncarm A. Fouche was appointed as the Acting Chief of Staff of the Eastern Oklahoma VA Health Care System (EOVAHCS) on January 24, 2022.

He was previously serving as the EOVAHCS Deputy Chief of Staff  since February 2019.

Dr. Fouche began his career with the VA as the Associate Chief of Medicine with the Nebraska-Western Iowa VA Medical Center overseeing community-based outpatient clinics in Grand Island, Holdrege, O’Neil, and North Platte, NE. He also served as Chief of Primary Care at the Hampton VA Medical Center in Virginia.

Prior to the VA, Dr. Fouche worked in private practice as an Internal Medicine physician and also as a hospitalist across Nebraska and Iowa. He proudly served in the Air Force from 2002-2005 in Operation Enduring Freedom. He received his medical degree from Medical College of South Carolina and completed residencies in Family Practice and Internal Medicine at Mount Carmel Hospital in Columbus, Ohio. In 2017, he completed an Executive Masters of Health Administration at Saint Louis University.

Dr. Fouche is board certified in Internal Medicine and a member of the American College of Healthcare Executives.