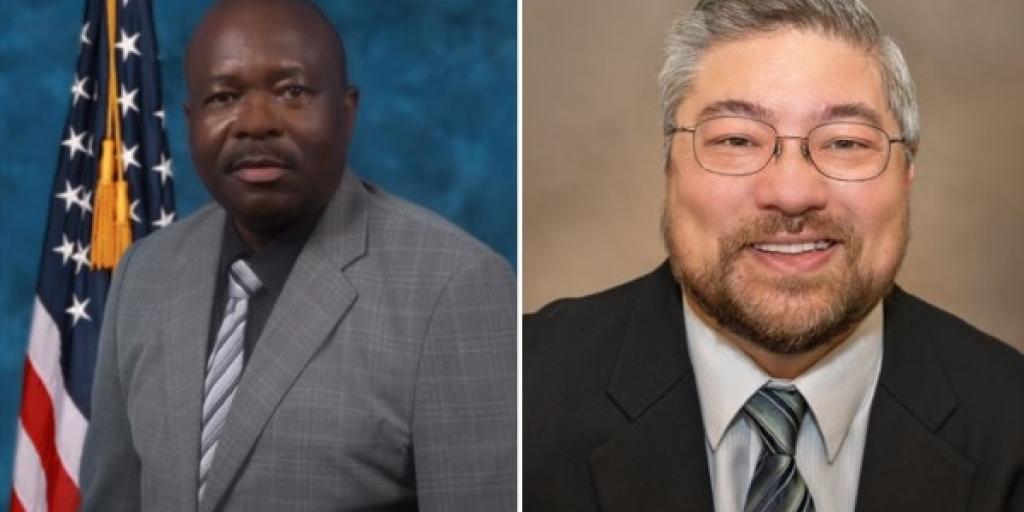 Chaplains are essential to VA and have long been recognized as part of complete and holistic health care for our Veterans.

The history of the Veterans Health Administration (VHA) Chaplain Services began in 1865 when President Abraham Lincoln signed legislation establishing the first National Home for Disabled Veterans. Since 1865, Chaplain Services have increased. On foreign and domestic soil, chaplains are present in all VA hospitals and the U.S. military – providing compassionate care to Service Members, their families, and staff.

The Chaplain as a Spiritual and Pastoral caregiver connects beyond boundaries through the selfless acts of listening and quiet presence that promote open and safe conversations to manifest into moments of hope and resilience. This is a different orientation to care from social work or other healthcare disciplines. Documentation shows that Veterans with mental and spiritual concerns often prefer to discuss the most pressing and complex problems with their Chaplain because of the broadest assurance of confidentiality.

Any veteran or family member, regardless of religious affiliation, is welcome to speak with a chaplain at any point in the medical treatment process. Many VA patients and their families find that working with a VA chaplain helps them develop appropriate strategies for coping with the stress, grief, and anxiety that often accompany making important medical decisions. Our Chaplains are responsive and relevant every day and in every situation.

After 15 years, Chaplain Larmena continues to serve in the United States Army Reserve as a Lieutenant Colonel and IMA Chaplain supporting the Office of the Chief of Chaplains. Before his assignment to Erie VAMC, he served as the Detachment Chaplain and Officer in Charge of the 112TH Chaplain Detachment, North Little Rock, Arkansas. In 2018 - 2019, he was deployed in support of Operation Inherent Resolve.

Ever the dedicated servant, Chaplain Larmena has earned and been awarded seven military medals, badges, citations, and campaign ribbons. In addition to service, he deeply values education – earning a bachelor’s and five master’s degrees.

Further, he has completed six units of Clinical Pastoral Education, is a Board Certified Chaplain (BCC) with both the National Association of Veteran Affairs Chaplains (NAVAC) and the Association of Professional Chaplains (APC), and a member of the American College of Health Care Executives.

Chaplain Momo S. Larmena, Jr., is honored to be the father of four sons – Kwasi, Jusu, Markey, and Harris.

Chaplain Nelson Chapman is no stranger to the military lifestyle. His father faithfully served a full U.S. Army career during the Cold War era. As such, he proudly considers himself an official “Army Brat.” Due to his father’s military career and his personal ministry experience, Chaplain Chapman has lived in various U.S. states and abroad.

Ministering for over 25 years, Chaplain Nelson has lived in eastern Pennsylvania, Virginia, Florida, Hawaii, South Korea, and now Erie. His career spans multiple roles and titles – all rooted in service to others. Some of them include moderator of the Asia Baptist Network; Lead Teacher of the English Bible Commentary Radio Program for Far East Broadcasting Company-Korea, Osan-Pyeongtaek Clergy Association Facilitator, Chairman of the Hawaii Pacific Baptist Convention’s Committee on Credentials, and serving as a member of the Southern Baptist Convention’s Committee on Nominations.

Ever the dutiful servant and student, Chaplain Chapman earned a bachelor's, 2 master’s, and has completed work for a doctorate degree.

He is the proud father of two children – Graham and Abigail. Chaplain Chapman has a heart for serving Veterans, and enjoys reading, traveling, movies, NASCAR, Dallas Cowboys, the Philadelphia Phillies, and spending time with family and friends.

We honor VA Chaplains who serve and offer spiritual care to our Veterans. VA recognizes the invaluable role that VA Chaplains provide in the healthcare and well-being of Veterans and their families.

VA Chaplains share a common mission and passion for serving Veterans through building relationships of trust and Connecting Beyond Boundaries with those they serve.