How your fireworks may affect America’s Veterans 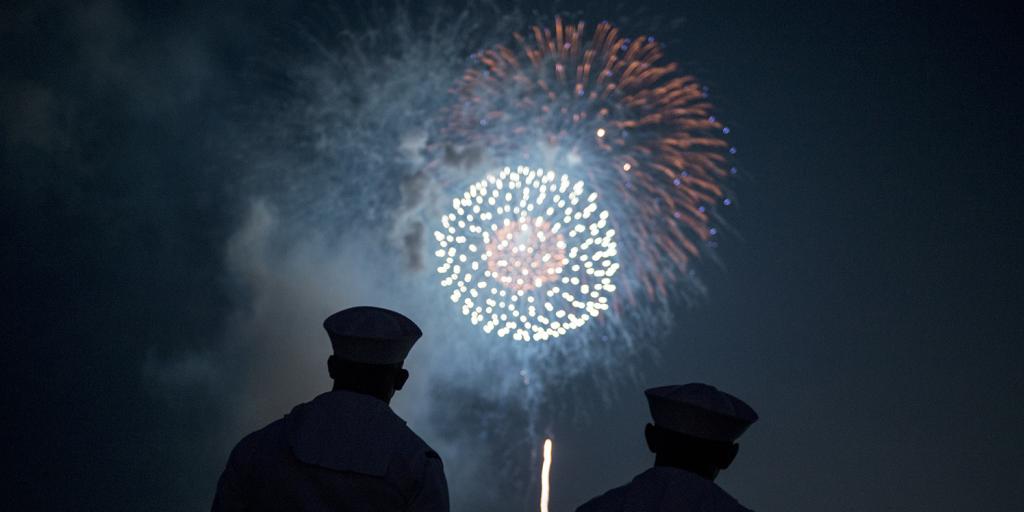 Oscar Solis, Jr. is a retired U.S. Marine who doesn’t like celebrating the Fourth of July.

“I’m very honored by the intent, but it’s the celebration behind it – the fireworks, the large crowds – that’s a bit much for me,” the Afghanistan and Iraq War Veteran explained.

Solis is not alone. Every year the nation celebrates its independence with fireworks. What some don’t realize is that these colorful celebrations of American freedom can seriously impact the Veterans who defended it.

“As beautiful as they are, the sounds, smells and shockwaves of fireworks can be triggering for Veterans with Post-Traumatic Stress Disorder or PTSD,” said Annie Tang, staff psychologist at Edward Hines, Jr. VA Hospital. “These can bring up emotional and physiological reactions, and bring up trauma memories from the past, which can bring up intense anxiety and fear.”

Tang explained that the brain is very good at pairing things, especially threat. Combat Veterans and those who worked in combat zones can pair threat with whatever was in that environment, including things they saw, heard or smelled.

These pairings can continue after returning to civilian life. So, when fireworks or other loud noises occur, a Veteran’s brain can feel in danger.

“That’s absolutely me,” said Solis. “It’s like an animalistic brain. It’s a lot of negative things you associate with that makes you hesitant to do everything.”

Although time and treatment have helped with coping, Solis still prefers to stick to his regular schedule during the holiday.

“I really struggled for a long time. I took a bad turn initially when I first got out. Over the past few years or so, it’s gotten better. Now I can manage,” he explained. “But I stay in; my routine is everything. I stick to my routine.”

According to Tang, avoiding the holiday is a common way of coping with the stress Independence Day can bring but may not benefit someone long-term.

“In our society and military culture, Veterans are taught to avoid,” Tang explained. “How many times has a Veteran heard ‘suck it up?’ In an immediate threat, [avoidance] can help, but in civilian life, it can really affect many veterans.

Tang has treated Veterans at Hines VA since 2013 and recommends five things to help Veterans cope with triggers.

“It’s not always easy, but I cannot emphasize enough that help is out there, and it can help people regain their lives,” said Tang.

This year will be the 10th Independence Day since Solis returned from his last combat deployment in Afghanistan. Like most Independence Days since returning, he plans to spend it away celebrations and large gatherings.

“The fear, the pain – it hurts, but you have to accept it and work through it,” said Solis “It’s the only way I can keep growing.”