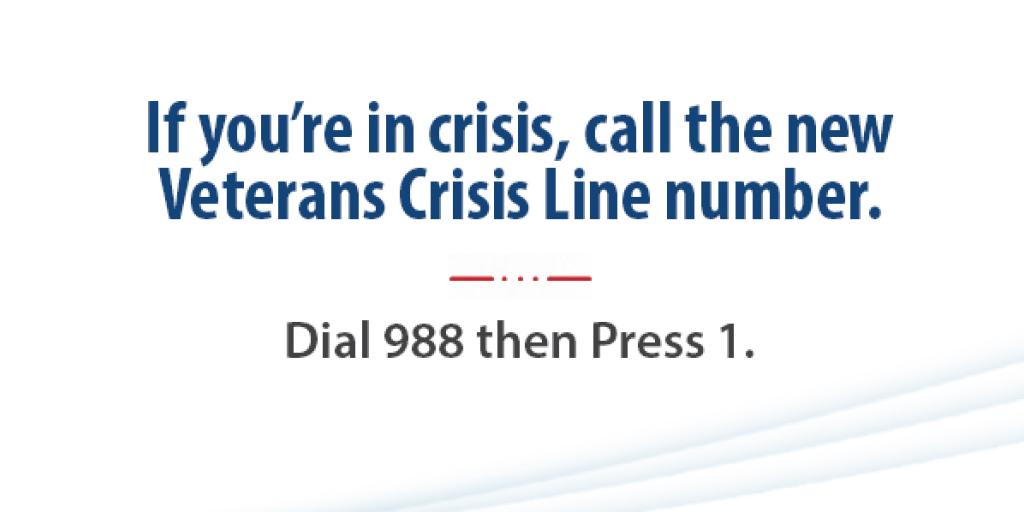 The new number offers an easier to remember and share resource in times of need. Veterans and current military members can dial 988 on any telephone and then press one to be contacted to responders trained in crisis intervention and military culture.

“Changing the Veterans Crisis Line to 988 and Press 1, has the potential to help even more Veterans in need,” said James Doelling, Edward Hines, Jr. VA Hospital Director. “Just like with 911, the three-digit expansion offers easier access to immediate support and can get a Veteran connected with long-term resources.”

The transition follows the National Suicide Prevention Lifeline adoption of 988 for its network of over 200 crisis centers across the country, following Congressional designation in 2020. VA administers the Veterans Crisis Line through the Lifeline's national network.

Anyone can dial 988 and Press 1, if they’re worried about a loved one who may need crisis support.