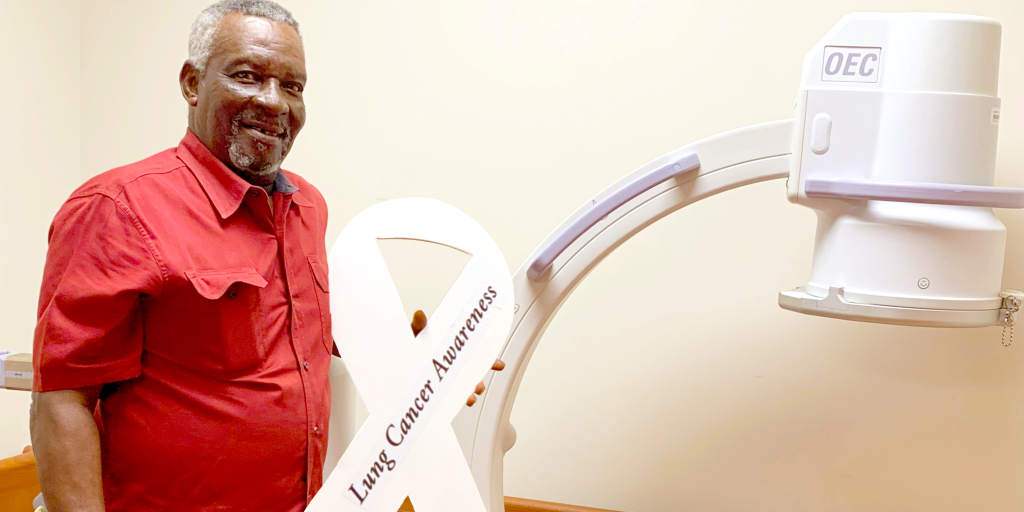 “Since we began our new Lung Cancer Screening Program in May of 2021, we’ve already identified 12 Veterans with non-small cell lung cancers,” said Stephen Bujarski, M.D, Lung Cancer Screening Program Director. “Fortunately, the majority of these have been found at early stage stages: 9 of the 12 Veterans were stage 1 cancer, and 2 others were stage 2. The great news is all are receiving treatment and doing well.”

Army Veteran Lawrence Jamerson was one of those Veterans.

“Houston VA scanned my lungs and found the cancer early before it became a real problem,” said Jamerson, who served during the Vietnam era. “I can’t thank the Lung Cancer Screening Team enough.”

Lung cancer is the leading cause of U.S. cancer deaths, and the goal of the program is to find it early enough to cure it in more people at high risk due to their history of smoking. In those individuals, annual LDCT scans can reduce the risk of death from the cancer by 20 to 25%, large studies have found.

“We are excited to shift the stage of lung cancer at the time of diagnosis to earlier stages and improve our Veterans’ survival rates and quality of life,” said Houston VA Lung Cancer Screening Navigator Rommel Gonzales.

Lung cancer begins when abnormal cells in the lung grow out of control. Unfortunately, many times lung cancer does not cause symptoms until it has spread to other parts of the body. However, the most common type— non-small cell lung cancer—can sometimes be cured if it is found early enough. Smoking is the leading cause of lung cancer.

“We stress the best way of reducing a Veteran’s risk of dying of lung cancer is to quit smoking, and if they have already quit, continue to stay smoke free,” said Bujarski, who is also an assistant professor at Baylor College of Medicine. “However, lung cancer screening has proven to be effective in an overall reduced lung cancer mortality and the ultimate goal of our program is to screen all Veterans at risk for lung cancer.”

In its first year, the Houston VA has already evaluated almost 1,000 Veterans as part of the program and performed about 600 low-dose CT scans. Next year, those numbers are projected to double.

“We are partnering with our primary care providers to identify potential patients and using alerts in VA’s electronic health record,” said Lung Cancer Screening Navigator Barbara Knugler. “Not only is this a Houston VA push, but part of a broader VA initiative.”