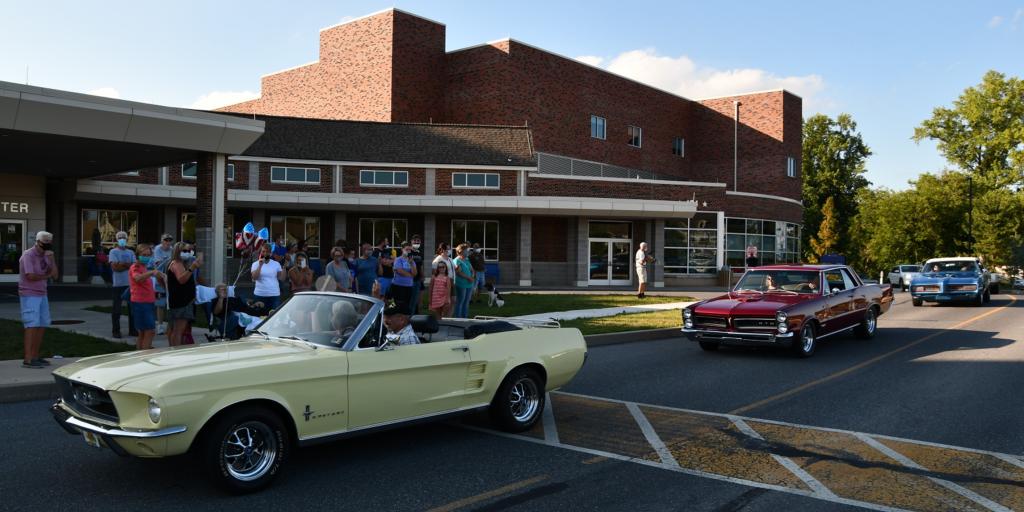 The 35-year Veteran of the Air Force, who saw duty in Vietnam, and was at the Pentagon when it was attacked September 11, 2001, loved cars, racing, and winning. So, it came as no surprise to those who know him, that Jerry asked to see his black rag-top classic convertible, after he was admitted to the hospice unit at Lebanon VA Medical Center.

The staff reached out to a friend of Jerry’s, Allen Kohr, who not only brought Jerry’s car, but 97 other classic vehicles, trucks, and show cars. The procession of all these vehicles around the medical center on a beautiful summer evening was a huge hit with Jerry and his family, other Veterans, and the medical center staff. When Chief Master Sergeant (R) Loeb was asked what he thought of the out-pouring of support, the roar of engines, and the sparkle of shiny paint in the fading sun, the local legend gave a thumbs up and whispered, “it’s great.”

Loeb had been tinkering and working on cars before he was legally allowed to drive.  He started drag racing in his teens and never stopped. His 1964 Plymouth, the Messerschmidt-Loeb dragster, held a local track record for years but that wasn’t the only car Jerry raced. He sped down the track in multiple vehicles through the years to the winner’s circle. This is why, perhaps, listening to another driver complain about his car’s poor performance, Loeb responded, “It’s the driver, not the car”, then Loeb took the other man’s car and cut his qualifying time in half, proving his statement.

The admiration and affection for Jerry at the event was clearly evident. The support of the racing community for one of its Veteran members was proudly on display. As one of the show car owners said, “We owe our freedom to Lobe’ (Jerry’s nickname) and all the other Veterans. It’s all about them.  We want them to know we care, and we haven’t forgotten them.”