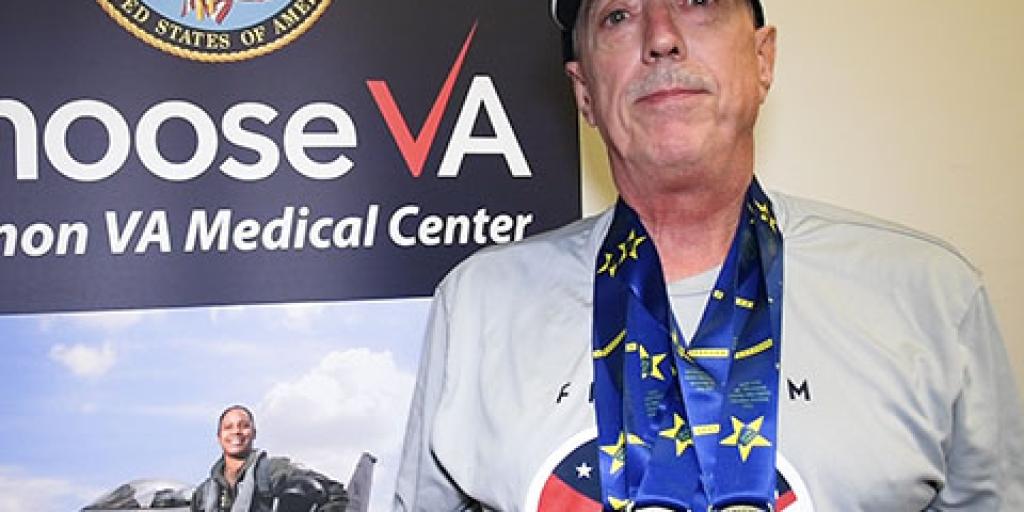 Rick Rader is a U.S. Army Veteran who served from 1976 to 1980. Prior to his surgery at Lebanon VA Medical Center this year, Rader was in significant pain. “It was bone on bone and I couldn’t even walk. It was like I was an invalid in my own home. It wasn’t fun,” he said. Rader was getting shots and other treatments, but eventually they stopped working.

According to Deisseroth, knee replacement surgery entails making an incision down the front of the knee and replacing the surfaces with metal and plastic parts. The procedure can be painful she said and historically required patients to stay in the hospital for three to four days or more.

Deisseroth and her team were able to get the hospital stay time decreased using this procedure to as little as one day in most cases. The procedure takes a team approach and uses specialized pain management protocols.

Rader’s goal was to compete the 2019 National Veterans Golden Age Games hosted by the U.S. Department of Veterans Affairs.  Rader accomplished that goal seven months after his surgery. He won four gold medals: badminton doubles, 50 backstroke, 50 freestyle, and 75 medley relay as well as a silver medal in badminton singles and a bronze for the 25 backstroke.

“To compete against some of the best Veteran-athletes in the world is a tribute to what’s going here,” he said.

Rader’s outcome has inspired other Veterans, said Heather Bratton, a physician assistant in orthopedics who assists Deisseroth with the short stay procedure.

“We’re really excited because we have Veterans now asking for the doctor who helped the athletes for the Golden Age Games. The Veterans are seeing great success getting out of the hospital the same day. They’re happy to be going home and getting on with their life,” she said.

Rader is pleased with the outcome of his surgery.

“The doctors did their job and it was just time for me to do mine. I’m so grateful…”

He is encouraging other Veterans to join the Lebanon VAMC’s Golden Age Team.