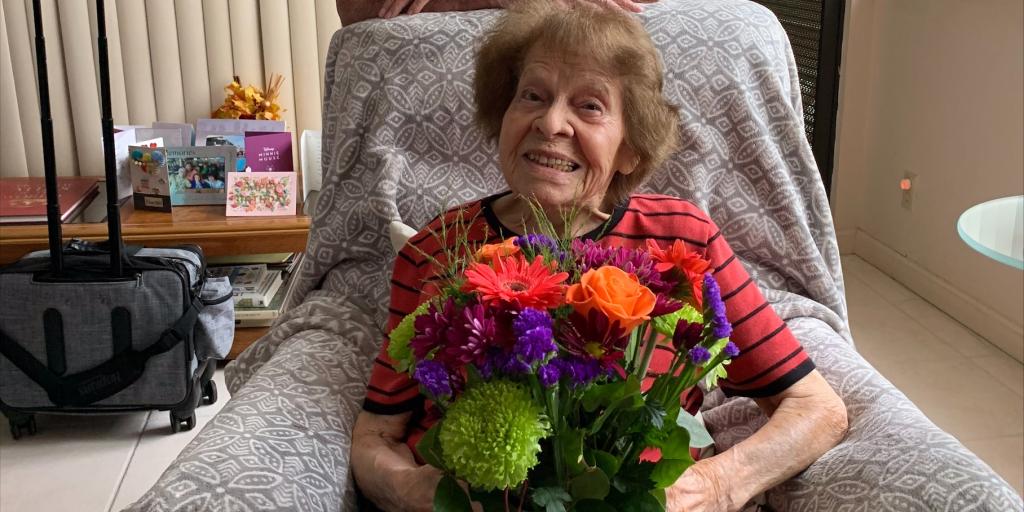 In 1921, Albert Einstein received the Nobel Prize for Physics, Charlie Chaplin directed his first film, the Tomb of the Unknown Soldier was dedicated, and future Army World War II Veteran Rachel Torres was born. In May of 2022, a team from the Miami VA Healthcare System’s Home-Based Primary Care program helped Ms. Torres celebrate her 101st birthday at her home in South Florida.

Although born in Puerto Rico, she grew up in New York City as the oldest of 13 siblings - 5 girls and 8 boys. She helped to raise all of them and says she was very strict with them, “I am the oldest, The Boss”. The discipline carried over to her military career, where she enlisted into the Army at the age of 21. She spent time in the Philippines and New Guinea, and was present when General Douglas MacArthur made his famous return to the island chain toward the end of the Pacific Campaign in World War II.

Following her time in the Army, she moved back to New York, meeting her future husband (and Marine Corps Veteran) John Torres at a party in Manhattan. Although she lived in the Bronx, it was “love at first sight” and they married eventually having two children of their own.

The secret to counting 101 birthdays? “I just eat right, I don’t think about it, it just comes natural,” she said. “I never followed any diet. I exercised occasionally.” Her husband has his own ideas though, “I am the key to her long life, God put us together. He knew she was going to live a long life and he brought us together.”

Although very healthy, the Miami VA Home-Based Primary Care Program makes regular visits to the Torres’ home, reducing the need for the couple to travel for medical appointments and regular check-ups. The multidisciplinary team not only celebrated her birthday with her, but also made sure her medical needs were being met.

“It’s something I’ll never forget,” said Cristina Lopez-Trigo, APRN. “She is in incredible health and we were very excited to be able to share this special day with her."