My Life, My Story by Dave 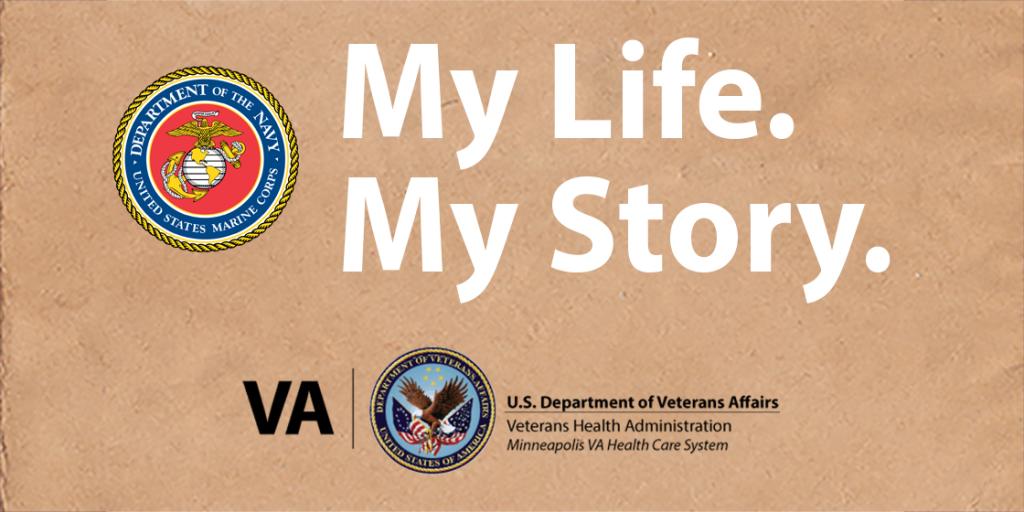 "When I met my human Dave, I could tell he was different from the other humans in his pack. He was very weak and clumsy and was in a lot of pain. I decided right then I would be his buddy and always be there to listen and be a friend," Dave's service dog Bailey.

My Life, My Story believes that stories heal, teach and are powerful. You have a story that we want to hear, contact Casey Gunderson at 612-629-7618.

Dave’s My Life, My Story (as told by his service dog Bailey)

Hi! My name is Bailey...when I was 12 weeks old, I left my pack of brothers and sisters to join my new human pack. I'm a Golden Retriever and the humans told me I'd be learning to help one of the humans in my new pack. I was sad to leave my mom and litter mates, but at the same time I was excited to have a job...dogs love to have a job you know. When I made the car trip to my new home territory with my new mom and sister, I was a bit scared, but I felt welcomed and loved right away. I heard them talking in the car on the way home about my new human Dave. He had just come home from a Vent Rehab Facility where he went after 30 days in ICU on a vent because he didn't wake up after a cardiac ablation. He was at rehab for over 8 weeks and had to learn to do human stuff all over again. I heard them talking about how he had Critical Illness Polyneuropathy and could only move his head side to side when he finally woke up in the ICU. He made a lot of progress in the 8 weeks at rehab. He did PT, OT and Speech Therapy 2 times each day and worked very hard. By the time he left the Rehab Facility to come home he could walk across the gym with a walker, but he still had a long way to go!

When I met my human Dave, I could tell he was different from the other humans in his pack. He was very weak and clumsy and was in a lot of pain. I decided right then I would be his buddy and always be there to listen and be a friend. I wanted to train and learn so I can help however I could. Dave continued PT as an outpatient for nine months and worked hard but stopped making progress...insurance discontinued coverage based on no progress, so Dave was on his own. This led to a long hard time for us. We had to train and do therapy on our own and it wasn't really working. I could tell Dave was getting discouraged even though he had started working out with a personal trainer and was getting stronger. I tried as hard as I could to help him, but he was getting depressed. Little by little he got worse and worse. I was so worried and stuck to him like glue to me make sure he wasn't alone.

One day he was really low and knew he had to get more help, so he called the VA. At first it didn't help a lot because he was getting a little here, little there, at different facilities but there was nothing putting it all together. We kind of floated in this state for over a year and I watched him sink lower and lower. He was really messed up and I was really scared. I'm not sure what happened but he called the mental health people at the VA, and they got him into PPH. Because I am his service dog I got to go too! We lived in Bldg. 10 together for 4 weeks. We learned a lot and felt better but Dave was still using a scooter in big places like the VA and trips to places. He was still dealing with the chronic pain of polyneuropathy and depression. The VA people sent him to CPRP the following month to help him with the chronic pain. It helped a lot and now he doesn't use a scooter anymore and only a cane sometimes if we are on uneven ground. He still falls down sometimes! I suppose it’s easier to keep your balance when you have four legs.

Now he looks more like a regular human when we go out and people think he is all better and back to normal. I can tell it is hard for him to not be an engineer like he used to be. I didn't know him before, so I've only seen him get better. I think sometimes it’s hard for my human to keep his new normal in mind.