My Life, My Story by Gene 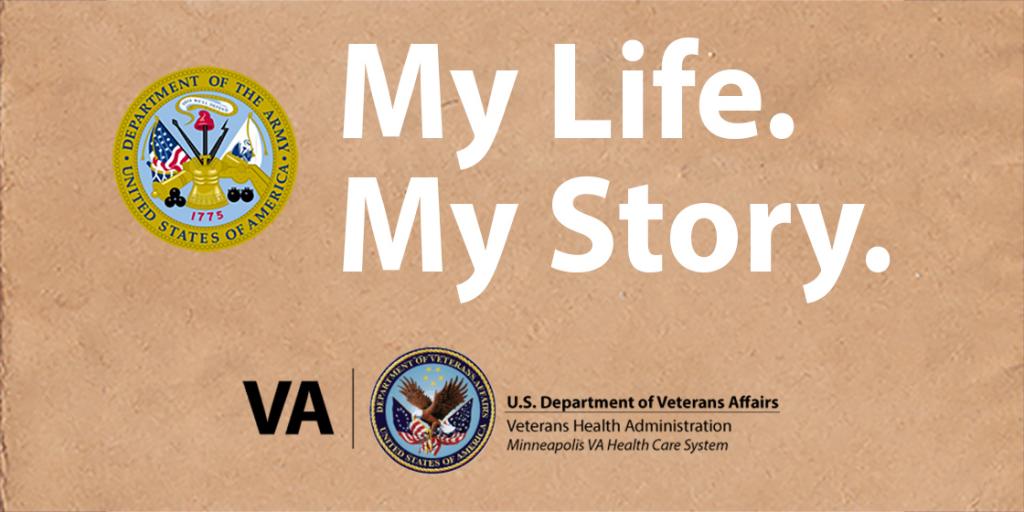 "Boys were always taught pull up your boot straps – don’t cry – get on with it. I have tried to impart to my grandson if you’ve got an issue, let’s talk about it."

My Life, My Story believes that stories heal, teach and are powerful. You have a story that we want to hear, contact Casey Gunderson at vhaminmystory@va.gov or 612-629-7618.

Gene's My Life, My Story

I grew up in southwestern Minnesota. We jumped around a lot between the family farms and eventually moved to St. Paul with my brother and sister.

After graduation I enlisted in the Army. Took my basic training at Ft. Ord and my Advanced Individual Training at Ft. Knox. Hung around Ft. Dix for a few days, which I hated, before shipping out to Germany. Got to Germany and had a heck of a good time. Never worked a day in my MOS. I was asked if I knew how to type. I should have known better than to say, “Yes,” but I did. I moved from being in Armored Company to Headquarters Company and got a job as a crypto clerk. I got posted to the little town – Weiden – near the Czech border. I spent most of my hitch there as a communications clerk for cryptography. I swear I probably had the easiest job of anybody. I had to be in the crypto room by 11:00 at night. It only took a couple of minutes to set up, send and receive messages for the night, and that was it unless something special came up like an inspection.

I didn’t really know what the heck to do for after I came home. I got different jobs. Nothing seemed to fit really well. Finally, I got a machine job. We built air conditioning coils for large contractors. I met a young lady, and we married. Shortly after getting married I got a job at a farm implements company. I was really familiar with that having grown up on a farm. I enjoyed that, but eventually I left and got a job at the post office. The pay was better and the benefits were better. With a family coming on I needed the benefits like health insurance. The money didn’t hurt either. I worked at the post office for 26 years.

We raised 3 children. I don’t have a lot of contact with them right now, but I keep reaching out to them so I get phone calls. They are busy. I can relate to that. I think back to when I was a young guy working, trying to raise a family, things to tend to around the houses, social commitments. Now that I am retired, I’m just sitting around watching television. I find that reaching out to my grandchildren is not a problem.

I find it enjoyable to see all the changes that have happened over my lifetime, and I’m just amazed by everything. Technology is amazing.

I retired from the post office in 2004. I worked with my wife for a little while. She had a day care. She had some medical issues that prevented her from going back into her line of work. When it expanded into a larger day care, we got her help. I went back to the family farm that had been sitting empty for decades. I started rehabbing the farmland – sold off most of the farming land. We kept a small parcel for ourselves. We had the old house taken down and built a more energy efficient house.

My wife had further health complications. She passed away from a heart attack. It really threw me for a loop for the longest time. It spiraled me onto a massive depression. It took me a long, long time before I actually reached out and got some help here through the psych department. They are helping me with medication – someone to talk to and general support. I have joined some men’s support groups. Some of us just get together outside our support group for a social get-together. Because of those folks I have been feeling a lot more embolden.

Because of this feeling of being more embolden I happened to spot a lady in line at the grocery store. I thought, “What the hell, give it a shot.” I haven’t dated for a millennium. I just started talking to her. I noticed she didn’t have a wedding ring so I asked if she would like to go out for a cup of coffee sometime. She gave me her phone number. I’m like, YES! I waited a couple of days to not to seem too eager. It was like being a teenager with all the trepidations of a teenager. I texted her a couple of days later, and we went out for coffee. We had our coffee, but we continued to sit in the coffee shop for another 3 hours just talking. It surprised the hell out of me – she gave me a kiss. We have been dating since January 3rd. It’s something new in my life. We have a good time. She has given me a brighter outlook on life. I feel more like my old self. We make each other laugh. I was very concerned with my family. I have no idea how far this relationship will go, but I had my concerns my kids would feel offended. I had discussions with them, and they are all for it. I had the same discussion with my oldest granddaughter. She was really close to her grandmother, and she’s fine.

My hobby is building street rods. I’ve got a couple in the works. I have a 1947 five-passenger club coupe. The metal and body work are done. The paint is done. I am finishing up the mechanical end of it. I’m trying to decide what motor to put in it. I also have a ’73 Ford F100 Ranger XLT that is sitting in the que waiting to be worked on.

The depression still kicks in from time to time. Sometimes it stretches into weeks. Boys were always taught pull up your boot straps – don’t cry – get on with it. I have tried to impart to my grandson if you’ve got an issue, let’s talk about it. My oldest son and I have been doing a lot more talking.

I think I’m pretty healthy. I’m moving ahead in the MOVE! program. I’m losing weight. I’m not doing it for my girlfriend. I am doing it for myself. I will be happier and healthier.