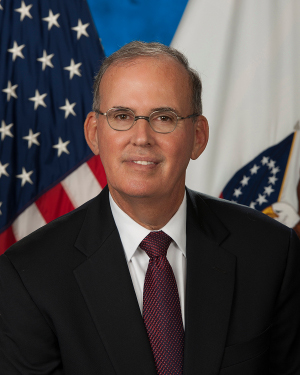 As Inspector General, Mr. Missal guides a diverse staff of more than 1,000 auditors, investigators, inspectors, and personnel across the nation with a broad range of expertise. They collaborate to carry out the OIG’s mission of effective oversight of VA. His office sets the direction for investigations to prevent and detect criminal activity, waste, abuse, and mismanagement. He also advances audits, inspections, reviews, and evaluations that promote economy, efficiency, and accountability in VA programs and operations. Among his leadership positions, Mr. Missal serves as the chair of the Investigations Committee of the Council of Inspectors General on Integrity and Efficiency and is a member of the Pandemic Response Accountability Committee, which oversees more than $5 trillion in federal pandemic-related programs and funding.

Before his appointment as Inspector General, Mr. Missal had been a partner at K&L Gates LLP since 1991, where he served as a member of its management committee and as coleader for the policy and regulatory practice area. Mr. Missal has also served as senior counsel at the US Securities and Exchange Commission in the Division of Enforcement. Prior to that, Mr. Missal served as a law clerk for Chief Judge H. Carl Moultrie I of the Superior Court of the District of Columbia. Early in his career, he served in the White House as a staff assistant to the Assistant to the President and then as a law clerk to the White House Counsel.

Mr. Missal received a bachelor of science with special attainments in commerce from Washington and Lee University in 1978 and a juris doctor from the Catholic University of America in 1982.