Alert - Prevent the spread of COVID-19 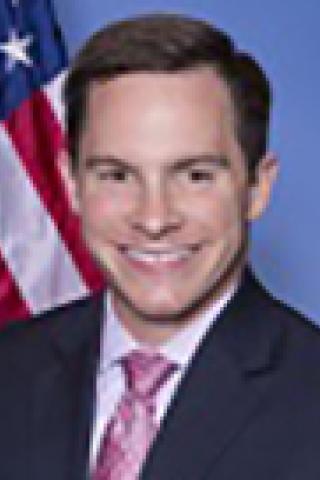 Paul Gregory was appointed Associate Director on December 4, 2017.
He originally came to the Oklahoma City VAHCS as Assistant Director on September 26, 2016.

He joined the Oklahoma City VA Health Care System from the Michael E. DeBakey VA Medical Center in Houston, Texas, where he worked as a Health Systems Specialist for inpatient medical operations. He previously completed two details as Acting Assistant Director for the South Texas Veterans Health Care System (STVHCS), headquartered in San Antonio, Texas. Additionally, he served as the Administrative Officer for the Kerrville Campus of STVHCS, which included a multi-specialty outpatient clinic and 95-bed Community Living Center. Additional roles completed at STVHCS included Health Systems Specialist for the Datapoint Outpatient Clinic, Acting Executive Assistant to the Director, and Acting Group Practice Manager. His VA career began at the VA Illiana Health Care System in Danville, Illinois, as Administrative Fellow to the Medical Center Director, then as a supervisor to the Non-VA Care Program.

A native of Houston, Texas, he earned a master’s degree in Health Administration from University of North Texas Health Science Center and a bachelor’s degree in Nutrition from Texas A&M University. He is a graduate of the VISN 17 Leadership Development Institute and is a Fellow in the American College of Healthcare Executives.