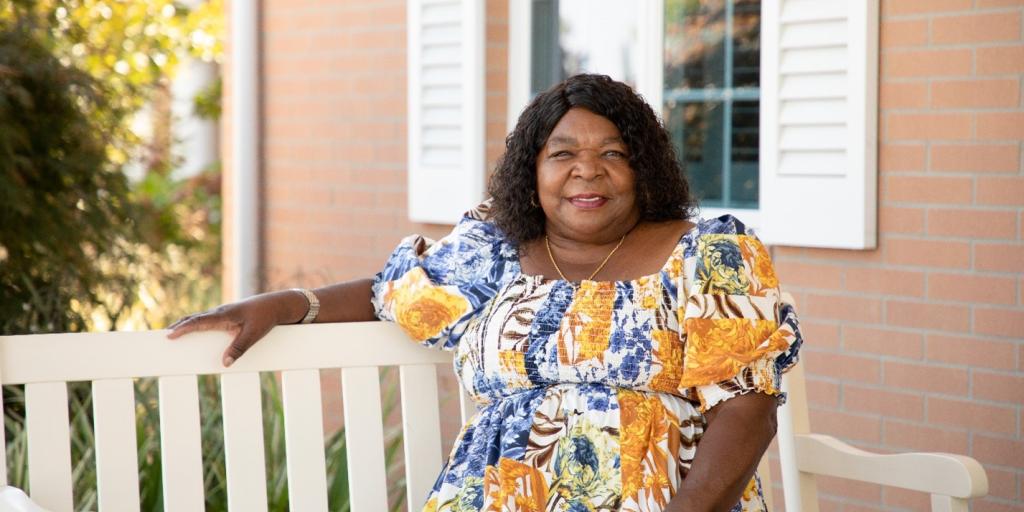 Over the years, Fisher House Foundation has continuously supported military and Veteran families whose loved ones are in the hospital, free of charge. Several hospitals within the Department of Veterans Affairs are fortunate enough to have a Fisher House on their campuses.

Many families benefit from being close by, including Army Veteran Troy Maxey and his wife Karen Maxey, who have been receiving care at VA Palo Alto for over 20 years.

Their story began more than 45 years ago in San Francisco, CA, where they were part of the first families to move into the newest neighborhood in the city. They met at a young age, dreaming of a future together as Troy wanted to ask for her hand in marriage. However, time fell short, and Troy enlisted in the U.S. Army. He promised Karen that when he returned, he would make her his wife. Time passed and their promise faded as Troy went off to fight in the Vietnam War as an infantry soldier and Karen went to follow her passions in New York.

Years later, Karen moved back to San Francisco and began volunteering at a senior citizen center. One day at the center, she was introduced to an instructor by the name of Mama Adora, who she realized was Troy’s grandmother. Out of curiosity, she introduced herself as an old friend of her grandson and asked how he was doing. She received a simple positive response and continued with her day, not thinking much more about it.

That same night, she heard a knock and standing in her doorway was Troy. She stood in disbelief. She had never told Troy where she lived nor notified him of her return from New York. Apparently, earlier that day, Troy’s grandmother told her grandson of their encounter. He knew at once who it was when she described the young lady and that he had to find her.

Knowing only the neighborhood she grew up in, he was filled with hope and knocked on every single door until he had found her. Since that day, Karen and Troy Maxey got married and have continued to stay by each other’s side while raising 8 children. They now enjoy the love of 18 grandchildren and 11 great grandchildren.

In the past few years, their loyalty for each other was once again tested. During a stay at the VA Menlo Park campus, Troy underwent spinal surgery, where they found a slow growing tumor. Shortly after, Troy had an accidental fall, causing him to lose enough spinal fluid to leave him paraplegic. After realizing she could stay at the Fisher House at the VA Palo Alto campus, Karen selflessly never left his side.

Long before the Fisher House was built, Karen had spent long nights, driving to both Menlo Park and Palo Alto, and back from San Francisco. Often, when her husband would be admitted, she would find a place to sleep in the hospital waiting areas, hoping to find some linens for a makeshift bed. Karen continued to do this for many years, stressing the fact that it was challenging and at times exhausting to care for herself all while keeping the faith for the two of them. She heard about the Fisher House through one of her children and has been a regular guest ever since.

“After spending time with my husband, I am able to come home, to the Fisher House, and can sleep peacefully. This place has been a blessing to me,” said Karen Maxey.

During her stay at the Fisher House, she has found support and connections with other families in the home. Not only has she learned from and related to the journeys of other families, but she has soaked in the many cultures that fill the house. To show her appreciation for the experience, on Mother’s Day, Karen took to the kitchen of the Fisher House and put together a home cooked meal for everyone in the home.

“You’re like one big family, sometimes we’re all in the kitchen preparing breakfast or dinner, laughing and talking. Even though we have loved ones that are critical in the hospital, we are here to hold each other up,” said Karen Maxey.

Although Karen stays alone in her room, she says she never feels alone, as she recognizes the strong support of Fisher House Manager Tracy Marino for all of the families.

“She is irreplaceable, she has brought all the love, and she is the light,” said Karen Maxey.